In our video from earlier this year, we looked at the 2019 JD Power and Associates Vehicle Dependability Study (VDS) and what it means for car shoppers. With the 2020 results now available, we’re revisiting the topic to see how the rankings have shifted and if that’s changed how we view vehicle reliability.

Many shoppers buy a new vehicle in its first year of production without any hesitation. After all, new vehicles come with a warranty against problems and defects, and many first-year vehicles are built using parts and components with a proven record from years of use in other cars.

Conversely, some shoppers avoid first-year models hoping to protect themselves from being a sort of public beta tester for a new car. These shoppers fear that first-year bugs take some time to iron out.

Some experts and owners recommend avoiding the first year or two of production of a given model, while others don’t. And while there are many variables at play, here are a few points to consider if you happen to be on the fence about buying a first-year model or waiting until the automaker has had time to address any issues that pop up.

First, many of the major components in today’s cars come from suppliers who have built millions of them, often for multiple applications across numerous brands. Turbochargers, engines, AWD systems, and transmissions are all examples. Ditto for infotainment systems and advanced safety systems like radar cruise control and back-up cameras.

Second, a multitude of problems with modern vehicles can be remedied with simple software updates that optimize the workings of one or more systems.

Some car owners might advise would-be shoppers to avoid the first production year of certain models, as they may be more prone to problems. But vehicles are machines made of hundreds upon hundreds of parts and components that can break, fail, or act up. That’s the case whether the vehicle is in its first year of production or its tenth. There are always outliers.

What Owners Have to Say

According to the 2019 JD Power and Associates Vehicle Dependability Study (VDS), however, there may be benefits to opting for a vehicle that’s been in production for a few years. Below, we’ll break that down in terms of lightly used second-hand crossovers, as these are some of the most popular vehicles in the Canadian used vehicle market.

The annual VDS study surveys thousands of owners of three-year-old vehicles. Those responses are used to calculate a dependability score based on the number of owner-reported problems for each given vehicle. Those vehicles are arranged by segment and the car with the lowest number of reported problems is deemed to be the most dependable.

The whole point of the study is to help shoppers identify the most dependable options for a used car.

Note that the VDS is just one of a multitude of different ways one might express vehicle dependability, though the results of the 2019 VDS (which is based on surveys of owners of 2016 model-year vehicles) sees an interesting common thread between virtually all of its top-rated models. That common tie? All but one of 2019’s most dependable crossover SUV models had been in production for many years when their owners bought them, in 2016.

But does that conclusion hold up in 2020? Well, mostly.

Breakdown of the 2019 Results

Both the Audi Q3 and Volkswagen Tiguan earned top scores in their categories, with the Audi significantly outperforming all others in its segment. No other vehicle in the Q3’s category earned an average-or-higher score, leaving Audi’s smallest crossover with a landslide win.

Like the Q3, the Tiguan also earned high praise for dependability.

By time model-year 2016 rolled around, each had been in production for several years. In 2016, Audi was about five years into building the Q3, and VW was nearly a decade into building the Tiguan. Both CUVs also share highly proven components (engines, drivelines, electronics, and more) that have been around for some time.

We also see this with the 2016 Chevrolet Equinox, which earned top marks in its category, beating the GMC Terrain and Toyota RAV4 for its leading dependability score. Though the award-winning factory that builds the Equinox may be partly to thank, this is yet another winner that, in 2016, had been in production for more than six years.

Ditto the 2016 BMW X3. In the VDS’s Compact Premium SUV segment, this popular crossover earned the highest score for dependability based on owner feedback, beating the Porsche Macan and Infiniti QX50 in the process. In 2016, BMW had been building this generation of X3 for nearly seven years, using plenty of major components that had been well-proven in other applications.

Owners of the 2016 model year Hyundai Santa Fe reported the fewest problems in its category, giving it the highest VDS score and leaving the Chevrolet Traverse and Toyota Highlander in second and third place. In 2016, Hyundai had been building the Santa Fe for about five years, with no shortage of parts and components that had been well-proven in other models in the lineup.

Moving up to the top end of the size bracket, it’s the Ford Expedition or Lexus GX 460. Both of these truck-based SUVs earned top scores in their respective segments. The Expedition had been in production for nearly a decade when the 2016 models rolled out of the factory. In 2016, Lexus had been building the GX for nearly seven years. Notably, this luxury SUV comes with one of the automaker’s most-proven V8 engines and 4x4 powertrains, too.

The final model we’ll discuss is the 2016 Kia Soul, the youngest crossover SUV to earn a top score in the 2019 study. In 2016, Kia had been building this generation of their compact Soul for just three years, though it came in top place ahead of competitors like the Toyota Prius v.

The results of the 2019 VDS show that the most dependable 2016 crossover SUVs had been in production for an average of about six years before model-year 2016 rolled around.

Starting from the top, the Q3 and Tiguan slip down to second and third place respectively. The 2017 Buick Encore takes top honours for the small SUV segment, while the Mercedes-Benz GLA-Class wins the premium small SUV contest. What hasn’t changed is the trend of winning vehicles being a few years into their production cycle: the Encore made its debut for model-year 2013, while the GLA came to market for 2014 – of course, these vehicles are relative newcomers compared to the outgoing top performers, which date back to 2007 (Tiguan) and 2011 (Q3).

In the compact SUV segment, the ranking stayed exactly the same: the Chevrolet Equinox, followed by the Terrain, followed by the RAV4. All three would soon see a new generation – 2018 for the GM vehicles, and 2019 for the RAV4.

In a surprising reversal, the Porsche Macan overtakes the X3, which falls to third place in the premium compact SUV class for 2020. Neither of these models saw a new generation for 2017, so the most likely scenario is simply that Porsche’s engineers had improved the Macan’s manufacturing processes for its fourth year on the market.

The mid-size SUV category sees an entirely new slate of vehicles on the board: in order, the 2017 Toyota 4Runner, Kia Sorento, and Buick Enclave. Given that the 4Runner dates from 2010 and the Enclave was going on a decade in production in 2017, these results don’t seem like a shocking upset, instead suggesting a closely matched field of competitors.

Finally, the Lexus GX retains its crown, while the Chevrolet Tahoe snatches it from the Ford Expedition, which is absent from the 2020 list. The Tahoe holds the distinction of being the “youngest” category winner of 2020, having debuted in 2015.

Just as in 2019, the top-scoring vehicle in each category is at least a few years into its production run – with more than a few that saw an all-new generation the following year. However, the average “age” has dropped from six years to five.

Furthermore, in six out of seven categories, there is at least one vehicle that debuted in 2015 or later. In fact, the runners-up to the small SUV and mid-size premium SUV categories – the Kia Niro and Cadillac XT5 , were both introduced in 2017; continuing a trend from 2019, which featured three runners-up that saw an all-new generation in 2016: the BMW X1, Kia Sportage, and Lexus RX.

What It All Means for You

Though far from definitive, these results indicate that shoppers might be justified in having a higher level of confidence when buying a crossover that has been in production for longer, especially when that crossover is built using major components that have been around since before it was born. But there’s no strict rule about how long someone should wait for a particular vehicle to “mature” – even debut vehicles can make an impressive showing.

There is one key caveat, however: Vehicle dependability is a function of many factors and poor maintenance and care of even a highly rated vehicle can ruin its dependability, destroy remaining warranty coverage, and reduce resale value.

Check out the full results of the 2019 and 2020 VDS studies to see how your preferred make and model performed. 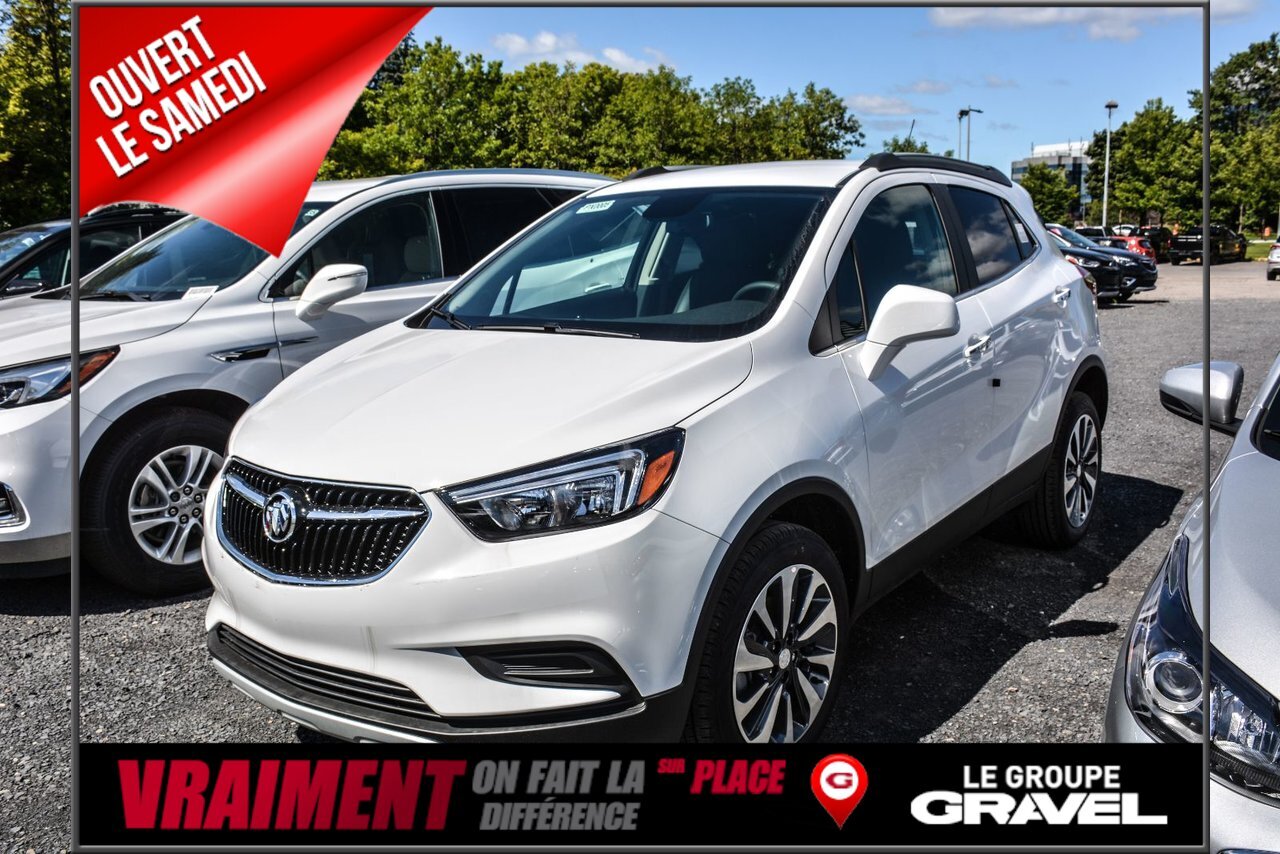