Like the Carrera 2, the Carrera 4 makes 379 hp and 331 lb-ft from its twin-turbo flat-six engine. That makes for a 0–100 km/h sprint of 4.2 seconds for the Coupé, which shrinks to 4.0 seconds when equipped with the Sport Chrono package. The Cabriolet, meanwhile, performs the task in 4.4 seconds, and 4.2 seconds with Sport Chrono. Top speeds for the Coupé and Cabriolet are 291 km/h and 289 km/h, respectively. An eight-speed dual-clutch automatic is your only choice.

While the new cars may be down on power a little from the 4S version, they still get that car’s watercooled differential, and the clutches have been reinforced for increased durability. The Carrera 4 also gets Wet Mode that detects water on the road and adjusts the stability and ABS systems to suit; as well as Porsche Active Suspension Management (PASM), which includes an electronically variable damper set that gets both normal and sport settings. For those who want an ever more hardcore C4, Porsche Torque Vectoring -- as seen on the S and 4S cars -- will also be an option.

Indeed, the main differences between the 4 and 4S can be found beneath the skin; the only visual change being twin rectangular tailpipe openings as opposed to the 4S’ quad exhaust roundels. On the 4, though, the system can be upgraded to two big oval exhaust tips.

Inside, the story is more of the same, in that there are no visual differences; same infotainment system with 10.9-inch touchscreen, same redesigned seats as the Carrera and Carrera S models, and the same gauge cluster. 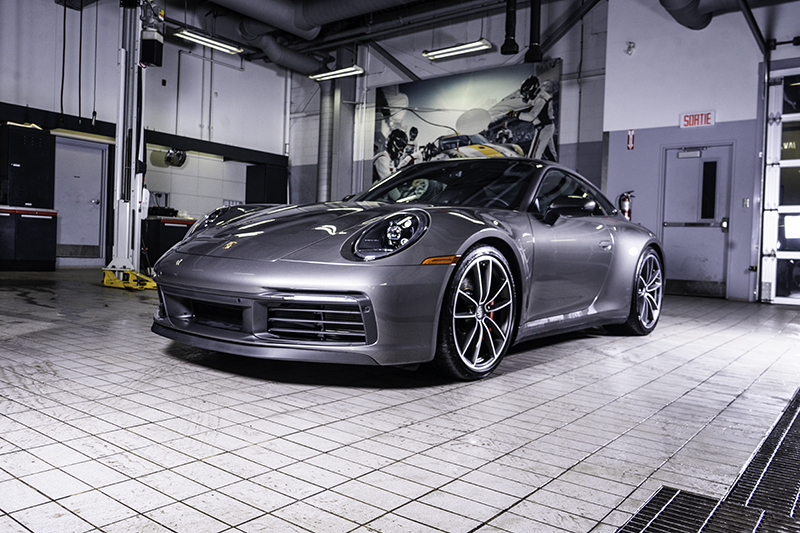