Engine Sludge - Goof of the Month

Engine Sludge - Goof of the Month (1)

Engine Sludge - Goof of the Month (2)

Engine Sludge - Goof of the Month (3)

This month’s story comes to us from Jessy Beaudry, an automotive technician in Sudbury, Ontario. It reinforces the importance of paying attention to warning lights in your instrument cluster, and not ignoring them until next time your ride happens to be in the shop.

Beaudry shares a story about a customer who drives a Chevrolet Cobalt. The customer’s car arrived in a non-drivable state, as the engine wouldn’t start. An expensive engine replacement followed, with a hefty bill. Thing is, as Beaudry discovered in a conversation with his customer, this should have been a considerably less expensive job.

Beaudry explains that the customer had their vehicle brought to his shop after it failed to start. A tow-truck dropped it off, and he set to work looking at the common causes of a no-start situation, but to no avail.

“But I noticed a little puddle beneath the vehicle, where it had been parked, before we pushed it into the shop,” according to Beaudry.

The vehicle was relatively low mileage and in good shape, except for the fact that, as it turned out, the engine was totally borked. 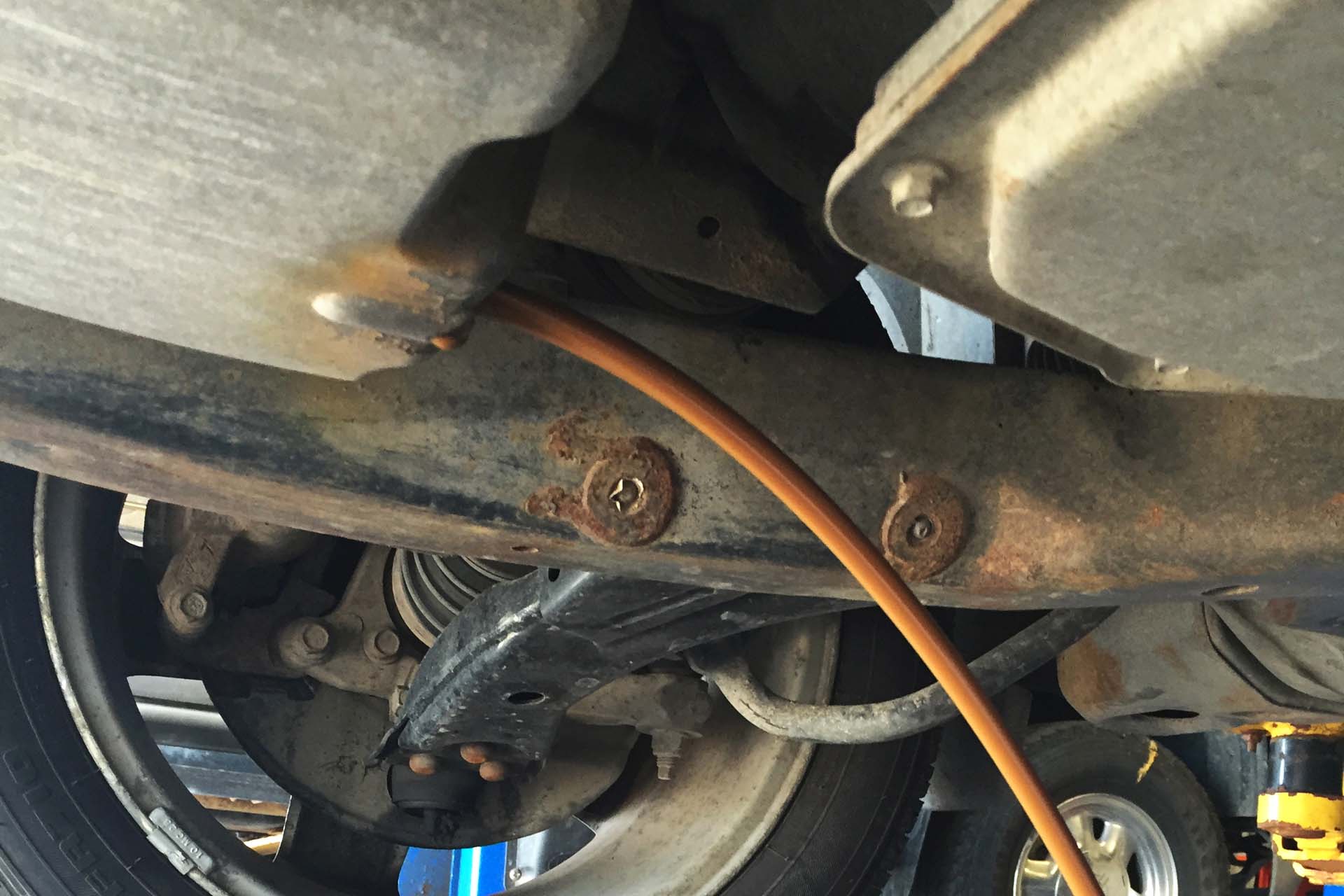 Observing the fluid leak beneath the car led Beaudry to check the Cobalt’s fluid levels, for signs of other issues.

“I checked the oil first,” he says. “The dipstick was covered in something that resembled frothy, foamy brown snot – not engine oil. This indicates head gasket failure, which, as it turned out, was the reason this customer’s car wasn’t starting.”

The engine’s head gasket, among other functions, keeps fluids like engine oil and engine coolant separated as they flow throughout the engine block and cylinder heads. When the gasket fails, in many cases, these two fluids are allowed to mix together. They react with each other and cancel out each other’s intended effects, which causes severe damage.

“When there’s coolant in the engine oil, the engine oil can’t lubricate or flow properly. Important bearings inside of the engine get ruined, too. And when there’s oil in the engine coolant, the coolant can’t flow properly either, let alone cool the engine down. Plus, when the two fluids are mixed, heated and pumped and churned together, they turn into this sort of sludge that sticks to things, blocks fluid flow and causes a world of other issues.”

Simple fluid checks, a part of standard vehicle maintenance, can often reveal problems like this with plenty of time to spare. Checking your oil and finding frothy brown syrup instead of oil – or checking your coolant and finding signs of engine oil – indicates a serious problem, or at least the start of one, in many cases caused by a failed head gasket.

“We had a conversation about what we would do for this customer. They needed a new engine, plain and simple. This one had been driven for days, or maybe more, with a blown head gasket, and engine coolant and oil contaminating one another.”

Why did the head gasket on this otherwise healthy Cobalt fail? Beaudry suspected overheating, a common cause of head gasket failure. Turns out, he was right: he asked the customer if they’d noticed any warning lights in their instrument cluster in recent weeks. Turns out, the customer had been ignoring a “low coolant” warning and engine overheating condition for some time.

The cause? “We found evidence of a very small radiator leak, which likely allowed some air into the cooling system, and some coolant out of it. Both of these situations caused the engine to overheat. This would light up a warning in the cluster; but in this case, the customer didn’t know what the light was for, and decided they’d have it checked out the next time they were in for an oil change, which would have been about three months later. Needless to say, the engine didn’t last that long before it blew.” 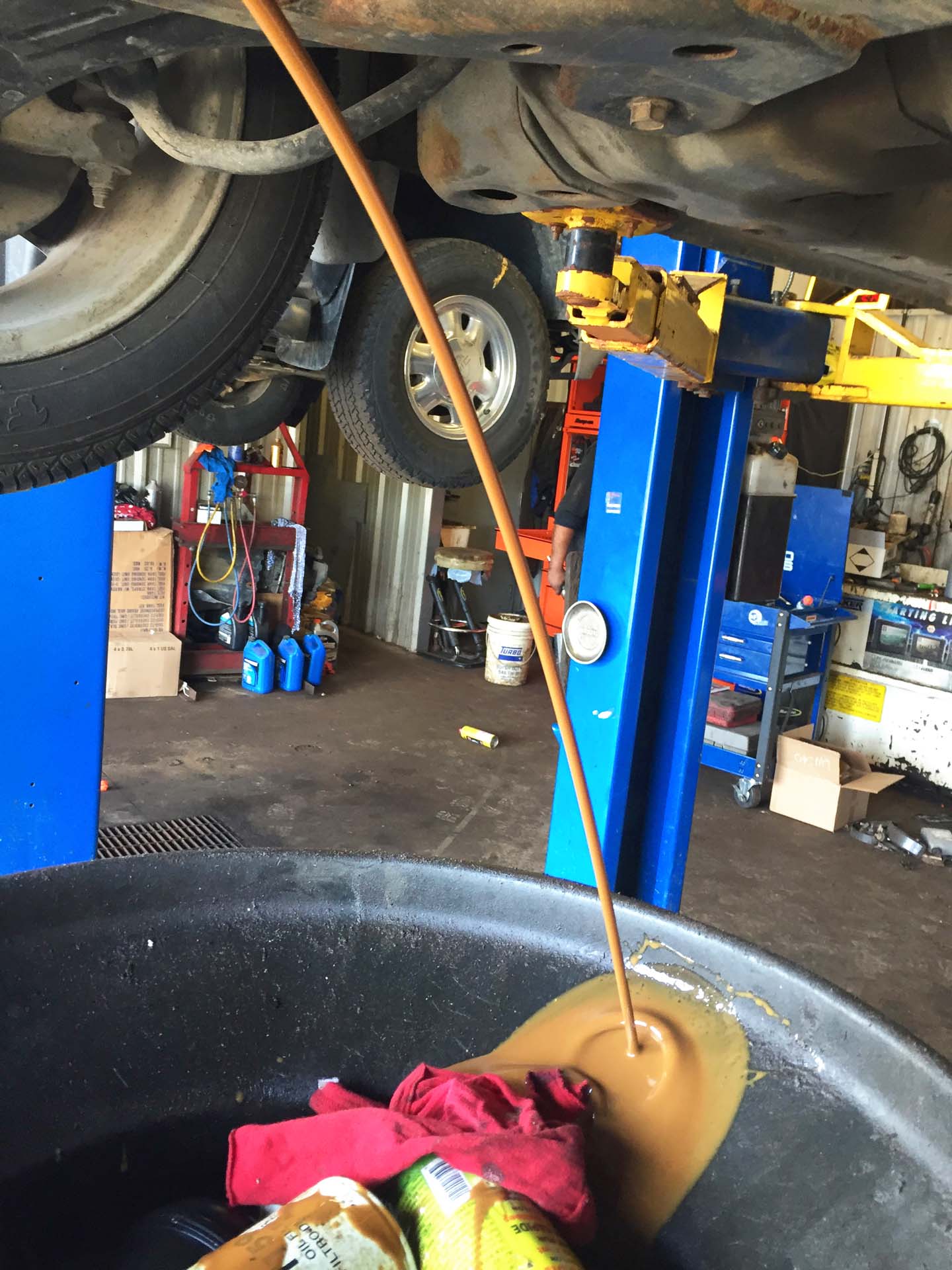 Beaudry adds, “Most engines can withstand overheating for a brief period, provided the owner follows the instructions in their manual, and gets the car in right away. But an engine can’t stand overheating on a regular basis for days on end, especially with sludge being pumped around inside of it.”

Further, as the overheating condition was so serious and prolonged, simply changing the head gasket wasn’t sufficient to save the engine, as the cylinder head itself was warped and internal engine bearings were likely destroyed.

Beaudry’s customer got lucky –  relatively. The Cobalt in question was only just outside of an extended powertrain warranty sold with the car, and as a goodwill measure, the selling dealer agreed to cover part of the replacement cost of a new engine. Even so, the customer was still out by over $1,000.

There are a few takeaways from this story. Beaudry explains the first one: “The small radiator leak that caused this mess, in itself, isn’t a huge deal. Ideally, the warning light would come on and the customer would know to take their vehicle in. We’d have quickly detected the leak, probably replaced the radiator and flushed the system, and she’d be on her way. Parts for these cars aren’t too expensive, so addressing a leaky radiator would have been a few hundred dollars, max. But ignoring the warning light quickly turned this into a much more expensive job.”

Second, engines have numerous fluids coursing through them in close proximity. When those fluids mix, trouble quickly arises. Any contamination should be addressed at the earliest opportunity, even if warning lights don’t immediately appear on the dash. (And if you accidentally put gasoline in a diesel car, call for a tow and don’t start the engine.)

End of the day, here’s yet another example of why it’s important to heed your vehicle’s warning lights. In this case, doing so could have saved the customer a pile of cash.