Springtime has finally rolled out of bed, splashed some cold water on its face, and decided to show up – which means the time is right to start looking for a new-to-you high-performance car from the used marketplace.

If your New Year’s Resolution for 2015 was to improve your awesomeness by travelling via high-powered, factory-tuned rocket-coupe (or sedan), we’ve got three picks for you to consider. The models listed below are all specially set up by each automaker’s in-house performance division, and look to be solid used car buys that'll deliver memorable performance and thrills whenever you take the wheel.

Below, we’ll take a closer look at the appeal to each one, and some tips to bear in mind when heading out for some test drives. 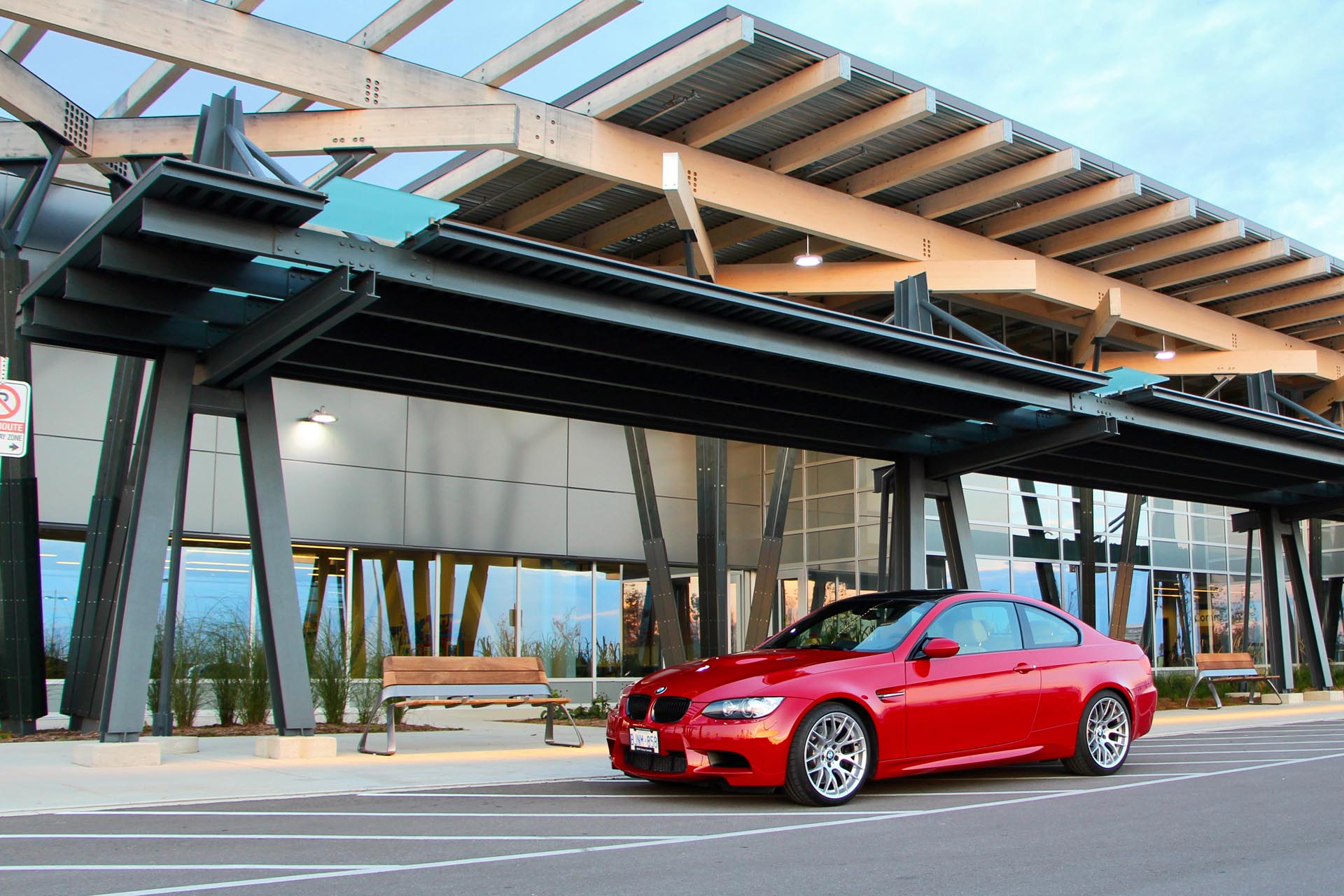 The Draw: This one’s a riot. Look for a high-strung, hand-built screamer V8 engine which displaces four litres, outputs 414 horsepower, and spins eagerly to an 8,300 rpm redline. If you’ve never revved a BMW V8 to eight grand or more, it’s a bit like chugging a case of Red Bull and jumping naked into a bucket of ice, only the screaming sounds a bit more mechanical.

This generation M3’s beasty little engine is only part of the appeal though: you’ll find the M3 in coupe, sedan or convertible, available with a lightning fast dual-clutch or good-old-fashioned manual transmission, and feature content fitting of a world-class performance car. Don’t miss the potent xenon lights, slick navigation system, or the little arm that passes your seatbelt to you in two-door models.

Finally, the M3 does well as a daily driver, too. Though it’ll happily gobble up apexes on your favorite lapping track all weekend long, it’s also comfortable, laid back and easygoing enough to take to Home Depot.

The Test Drive: Shoppers are advised to make several important checks of a used M3 for maximum confidence. Using the iDrive system, click MENU, then VEHICLE INFORMATION, then CHECK CONTROL to see if the vehicle has any issues you should be aware of. This on-board interface can alert you of some potential issues, and a highly-advised scan of the M3’s drivetrain computer systems should be considered mandatory, too. Further, shoppers are advised to seek out a model with all service records, and especially, proof of regular oil changes, for maximum peace of mind.

Vertical scratches on the windows of a two-door model are typically the result of a problem with the window seals, and a wonky brake-light fault system could cause a brake-light failure warning to display, possibly even if the brake lights are working. Have all exterior illumination double-checked to be sure.

Prod the throttle hard, several times, in first gear where appropriate. You’re listening for a clunking or popping sound through the rear floor, which could indicate a differential mount that needs replacing.

A model purchased through a certified pre-owned program with full service records is your safest bet. Ultimately, this looks like a mechanically solid used performance car buy. 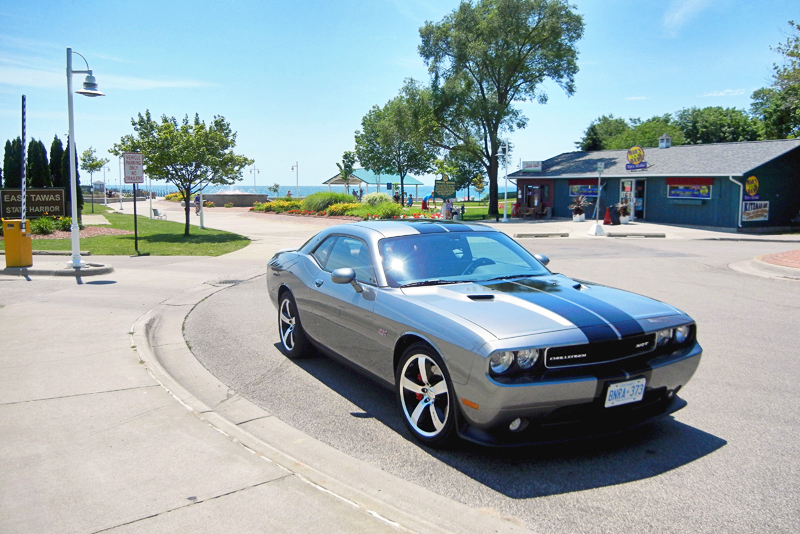 The Draw: For a decent price, the Challenger SRT8 gave owners access to one-of-a-kind looks, tremendous power output, a lengthy list of features, and a lusty powertrain, consisting of an up-tuned SRT V8 engine available with a six-speed Tremec manual transmission, complete with pistol-grip shifter. The experience of browsing the Challenger SRT8’s forward gears with your boot to the floor is a testosterone-gushing experience.

The Tremec gearbox is an ideal partner in crime for this punched-up engine, but watch your speed, as it’s very, very easy to get carried away while firing off tire-chirping gearshifts like it’s the seventies. Bad to the Bone plays from nearby stereos whenever Challenger approaches, and if there was an apocalypse tomorrow, those in charge would almost definitely be driving these out of the flaming skies.

Used copies will have no less than 425 horsepower from a 6.1L V8 engine, and more recent copies got a 6.4L unit that made it 470. Look for available dual-mode dampers, Brembo brakes, and a variety of track-tuned chassis upgrades to complete the package in Dodge’s top-dog, SRT-tuned Challenger model.

For all the performance, Challenger is somewhat sensible. Not on fuel (it loves gasoline), but it offers a big, deep trunk, adult-usable rear seats and a full array of driver assist systems.

The Test Drive: This one looks solid, beefy and over-built, and most owners report minimal issues, if any at all. Note that big, heavy, high-powered cars like this one can chew through tires, brakes and clutches like a pitbull through a soup-bone, so approach a used Challenger SRT8 assuming the seller is trying to pass off the replacement bill until you prove otherwise.

Confirm that all window seals are present, intact and un-damaged, or water leaks may result. Check that the headliner isn’t coming loose or sagging, and inspect the rocker panel covers for signs of cracking. Scrutinize the driver’s seat for signs of ripping, damaged seams or excessive wear, too.

The engine and driveline in the Challenger SRT8 seem able to take a beating, though be sure the transmission shifts smoothly and with no biting back, or rejected shifts, which could indicate trouble. Listen for a whining or groaning sound from the rear differential while turning tightly at a low speed as a sign of trouble, too.

Finally, confirm everything inside the Challenger SRT8 that runs on electricity is in proper working order including the seats, climate control, driver computer, steering-wheel controls, and lights. 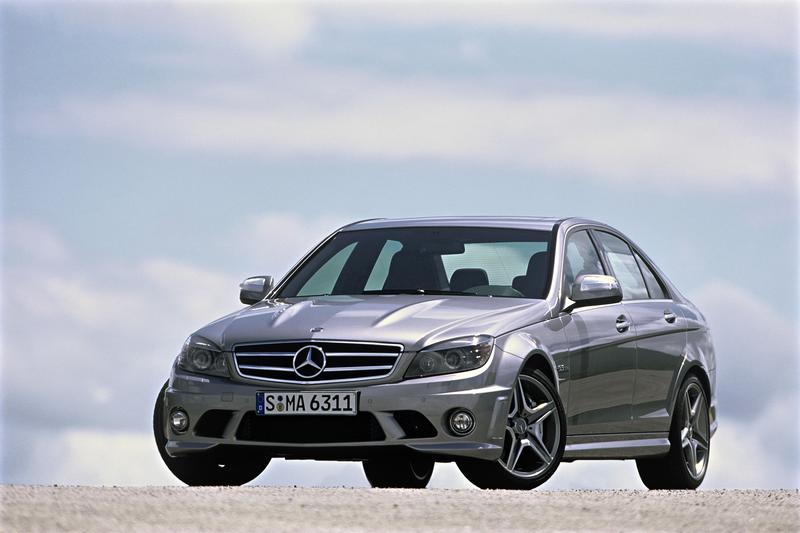 Owners say it’s also peaceful enough to drive on the daily, thanks to its automatic transmission with numerous shift modes, and the engine’s remarkable low-end torque, which provides effortless acceleration at very low revs when driving gently. Feature content is fitting of a compact luxury car, and shoppers will find navigation, premium audio, xenon lights, push-button start and plenty more.

The Test Drive: Some owners have reported issues surrounding head studs, which hold the V8 engine together internally. If these studs fail, catastrophic engine failure can result. Low coolant, or signs of a coolant leak into the combustion chambers (e.g., white, sweet-smelling smoke from the tailpipes) could be signs of this pricey problem. Ditto poor performance or difficulty in getting the engine to start, or stay running. If any of these signs are present on your test-drive, walk away.

Sporadic performance and poor throttle response could be the result of a bad throttle position sensor, which may illuminate a check-engine light. Be sure to have a dealer technician double check if any issues are noted.

Scrutinize the feel and sound of the steering system by feeling the steering while driving and listening for unwanted sounds while turning the wheel at idle. Any unwelcome noises or sensations may be the result of a power steering pump that’s about to fail. This issue seems to stem from aggressive driving, for instance, doing burnouts or skids at high revs with the wheel fully cranked.

Because of at least one well-documented and serious issue by the C63 AMG owner’s community, shoppers are advised to seek out a newer, lower-mileage unit from a Certified Pre-Owned program, opting for any extra warranty coverage that may be available.