The driver of the Jaguar F-Type wouldn’t even look over. I wanted to catch his attention and give him a thumbs up for his beautiful machine, but after spotting me in his rearview mirror, he pulled over to the right lane and stared straight ahead as I slowly passed by.

Such is the case when driving the Aston Martin DB11, one of the most visually arresting cars on the road. You’ll have all sorts of attention when you don’t want it, and occasionally cause drivers of great – but slightly more common – cars to bow their heads in the presence of one of Britain’s most revered sports car marques.

The DB11 is a four-wheeled work of art. Not in the Italian sense, mind you, the way a Ferrari or Lamborghini can look like a sleek, rolling weapon; but with an air of dignified majesty that in no way diminishes the car’s sporty pretenses.

Approach a DB11 from any angle and it’s a bona fide feast for the eyes. The nose is distinctly Aston Martin, with its characteristic grille opening, while the rear is modern, sporting C-shaped LED slashes for taillights pressed to the outer corners of the car, adding to its considerable visual width. The profile has a delicate restraint, with subtle arches flowing up and over the front fenders, then again over the rear haunches, as Aston Martin’s designers resisted the temptation to radicalize the look of their larger sports coupe.

If there was one element I found off-putting it would be the way in which the vent peels back from the front fenders, appearing almost as if someone took a can-opener to the side of the car. Plus, as radiant as that special yellow paint is – and it is stunning – it seems inappropriate for an Aston. It’s like James Bond showing up in a Day-Glo tuxedo.

The DB11’s interior displays plenty of elegance, particularly from the craftsmanship applied to the leather work throughout. The seats are especially gorgeous, with a waterfall treatment to the stitching, and additional yellow accents along the bolsters. Most of the dashboard and centre console are swathed in those gorgeous hides, too, and it’s only a handful of places that some cheap-looking plastic shows up, such as the vents, or the ring around the speedometer.

The look (and decadent leather smell) of the interior is one thing, but a proper grand touring car needs to also be functional and comfortable. Aston Martin’s trademark start/stop button resides in the middle of the dash, flanked by park and reverse to the left neutral and drive to the right. Normally, push-button gear selectors are tedious at best, but here, they somehow add to the theatrics of the car and never bothered me.

The infotainment system is a two-generations-old Mercedes-Benz unit, and that does bother me. The touchpad-plus-rotary dial is cumbersome and fiddly, and, particularly when trying to work with Apple CarPlay, it proved to be occasionally unresponsive.

Other manufacturers learned a few years ago that glossy touch panels for audio and climate controls look slick but are highly impractical to actually use; Aston Martin still applies that dated styling here, collecting finger smudges and disdain from its users. And while the seat adjustment buttons are located along the side of the centre console, they’re logically laid out, unlike the senseless button required to electrically open and close the console itself.

The DB11 isn’t so low as to require the contortions necessary to access some of the more exotically shaped sports cars out there, plus the doors swing open and up slightly, avoiding curbs. Once inside, the front seats envelop the driver and passenger comfortably, while also providing great support against the g-loading during high-speed cornering. They’re heated and perforated, but not ventilated, which is an additional option not fitted to this quarter-million-dollar car.

Being a particularly fit and limber individual in my 40s, I bravely climbed into the backseat to take photographs. Fearing a bout of claustrophobia, I was surprised to find the scooped-out leather shelf that’s supposed to be a rear seat is decently comfortable, as long as the front seat ahead of you remains folded forward. With the front seats occupied, the rears become uninhabitable by humans with legs. If the DB11’s relative impracticality scratches it from your list, there’s a new DBX SUV hitting the market imminently. Otherwise, where McLaren’s GT, for instance, lacks a rear seat or proper cargo space, the DB11 has those tiny rear seats that can at least accommodate a dog or a few duffle bags, if not people. Although there is no glovebox, there’s at least a modest trunk and it holds just over 280 L of luggage.

The DB11 is a decadent car that’s customizable to a significant degree. If a buyer wants to specify obscene paint or leather colours, or custom embroidery, or a fitted four-piece luggage set, it’s available at an additional cost. My test car was modestly optioned by luxury-car standards, and if not counting the car’s visual presence or ferocious engine, it offered little that isn’t found on a $30,000 family sedan.

Thanks to a deal with Mercedes-Benz, there’s an AMG-crafted 4.0L twin-turbocharged V8 under the DB11’s bonnet that presents 503 hp and 513 lb-ft of torque. That’s enough muscle to move the 1,760-kg (3,880-lb) Aston with considerable urgency. With the sport drive mode selected, the exhaust is louder and there’s a serious – if somewhat familiar – bellow while the DB11 races toward redline again and again, ripping through its eight gears. The exhaust is tuned differently than in the Mercedes-AMG GT, where with the DB11, it doesn’t crackle as much when you lift off the throttle. It still makes its presence known, but it’s not obnoxious about it.

With a set of well-worn tires on the DB11, the chilly and damp autumn conditions made it very easy to instigate the traction control light, and when opportunity presented itself, to pitch the yellow beast a little sideways on purpose. The DB11 can also be optioned up with a flagship-worthy twin-turbo V12, also from AMG, putting out more than 600 hp.

Unlike the drivetrain, Aston Martin has developed the chassis itself, and the results are excellent. Despite being classified as a sporty touring car, when turned loose on empty country roads, the DB11 does a very good impression of a much smaller sportscar. The steering is quick and precise, and the driver gets a clear sense of what’s happening at all four corners of the car, even as they approach their limits of grip. It’s plenty of fun, and not as stuffy as one might expect.

The adaptive suspension also makes for a decent highway cruiser when set in its softest setting. I found myself choosing sport mode for its more responsive throttle application (the comfort mode had the throttle and transmission feeling a bit lazy), but then needed to grab the column-mounted paddle shifter to get the car to cruise in eighth gear.

The brakes offered wickedly strong stopping power as expected, but squealed mercilessly when slowing to a stop. The car already attracts enough attention without offending everyone’s hearing. While I’d be quick to dismiss this as the byproduct of a car that has been relentlessly beaten on by several journalists before me, the Vantage I also drove recently suffered the same annoyance.

The DB11 is equipped with the safety essentials found on every car, including a stiff body structure, stability and traction control systems, and a litany of airbags. Speaking to its dated technology, however, the Aston does not have the active safety features consumers are increasingly expecting on everyday economy cars, let alone ones at this cost. There’s no active emergency braking nor lane-keeping assistants here, suggesting that the driver is expected to pay attention and be responsible for their own driving. Fortunately, the exceptional performance capabilities of the car should help a driver avoid trouble, plus outward visibility is very good for such an exotic machine.

While surely not one of the biggest concerns of any Aston buyer, one can at least feel some satisfaction in knowing the V8-equipped DB11 is more fuel efficient than its V12 sibling. The government rates the DB11 V8 at 13.0 L/100 km city, 9.8 highway, and 11.5 combined. After a 400-km drive mixed between highway, country roads, and urban traffic, my tester showed an average of 10.3 L/100 km overall – an entirely respectable figure for such a high-performance machine.

The DB11 V8 starts at $236,400, but options can easily push it closer to $300,000. It’s an enormous sum of money to be sure, and yet it’s not such rarefied air up there that there aren’t several key competitors. A Porsche 911 Turbo S will outperform the DB11 in every measurable aspect, offers more technology and feature content, yet still makes a decent grand tourer. A Mercedes-AMG GT shares the engine with the Aston and arguably looks almost as good, but costs considerably less, and again, outperforms the Aston dynamically. And until this year, Maserati’s Gran Turismo offered the visceral joy of a high-strung Ferrari engine in a beautifully styled four-seater (the Maserati is no longer offered). [There’s also the all-electric Porsche Taycan Turbo S for a seemingly reasonable $213,900. – Ed.]

There are cars I’ve driven that cost as much as this Aston or more, and still feel well worth every penny, but I’m not sure the DB11, with its dated interior and tech, does. But then exclusivity is worth a lot to some people, and no car I have ever driven has received the same reaction from fellow motorists, pedestrians, and anyone else who lays eyes on it. The sheer rarity and beauty of the DB11 makes its driver an instant rock star, which, for an extrovert, is surely bliss, and adds a considerable value for a buyer of a car like this.

The DB11’s exclusivity and eyeball-grabbing capabilities are surely enough to appeal to the small handful of buyers for this machine. There’s a novelty to the attention in traffic, but Aston Martin’s grand touring coupe isn’t simply a beauty piece – it has the performance to back up its sensational looks, proving to be a thoroughly enjoyable car to flog on backroads, too.

Approaching $300,000 without a suitably contemporary interior, technology, or safety equipment means that there are a number of other machines that may provide a more enjoyable ownership experience over the long term than the Aston. For those fixated on the Aston Martin brand, style or exclusivity, a more pragmatic choice probably wouldn’t matter anyway. 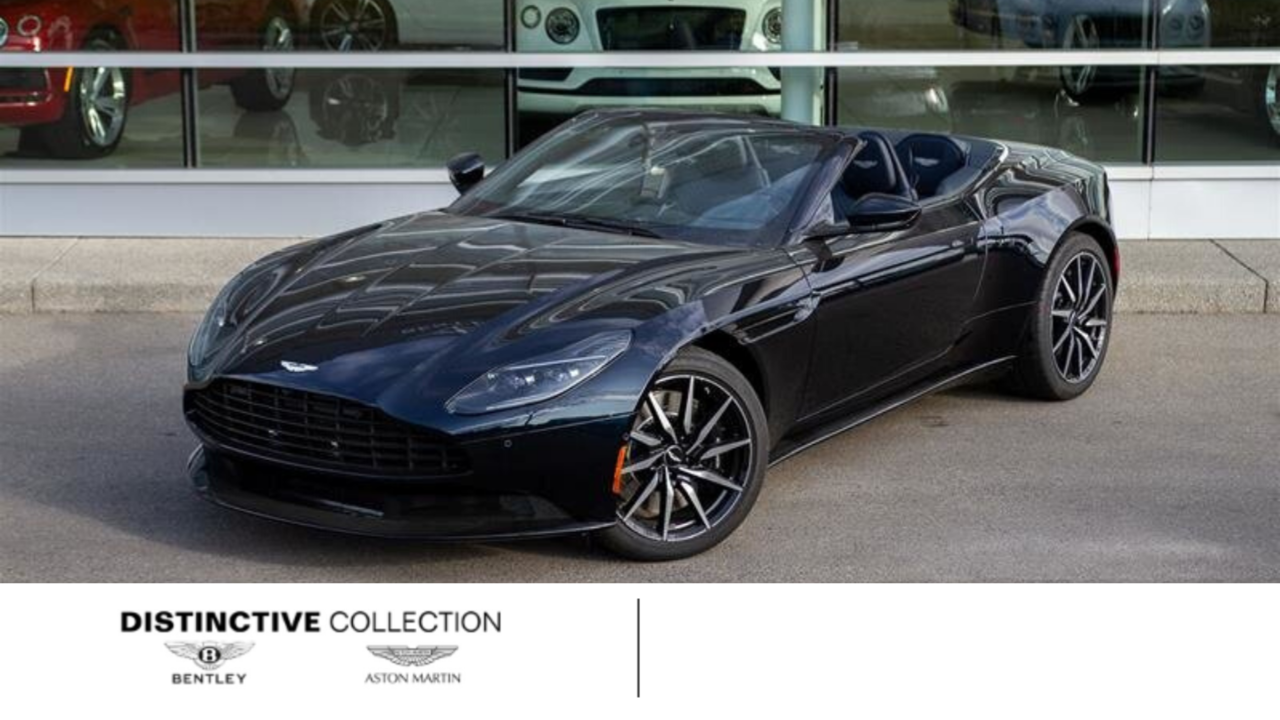 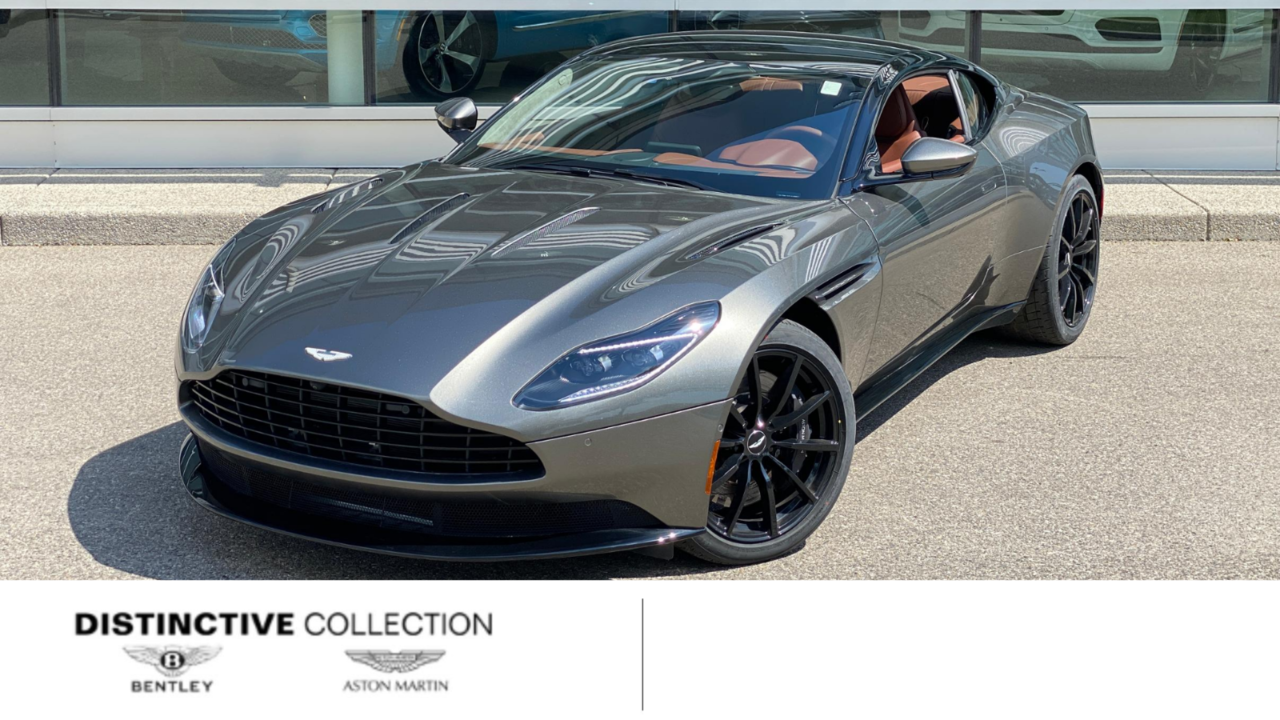