Don’t call it a comeback. This isn’t the Mazdaspeed3, nor does the brand have any intention of bringing one back. Mazda says the buyers of its compact hatchback and sedan have matured beyond the hooliganism the Mazdaspeed3 was known for, and they believe an understated approach to performance is more appealing to this group.

After logging a few hundred kilometres in the 2021 Mazda3 Sport Turbo, it looks like Mazda has found a sweet spot in the market for this popular hatchback.

Having originated in Mazda Canada’s largest offering – the CX-9 three-row crossover – the 2.5L turbocharged four-cylinder engine is a unique and impressive feat of engineering that’s now been distributed throughout much of the brand’s lineup, including in the Mazda3 compacts. It employs a few key elements, including a turbo that’s fed by differing exhaust pressure, depending on engine revs.

At low engine speed, where single-scroll turbos often suffer from lag, Mazda's motor forces the exhaust gasses through a smaller opening to help create more pressure and spool up the turbo faster, generating more low-end torque. What’s more, by recirculating the exhaust gases and running them past a new air-to-water intercooler, Mazda is able to run the engine at a relatively high 10.5:1 compression ratio and with more than 17 psi of peak boost, even on regular fuel.

It sounds like a lot of techno-babble, and for most of us it is; but the net result when fuelled with 93-octane gasoline is a decent 250 hp and an eyebrow-raising 320 lb-ft of torque. It’s that latter figure that's of particular note, making the Mazda3’s torque output greater than a Honda Civic Type R, or even a Mercedes-AMG A 35 hatchback. Of course, those are both wild-and-woolly sport compacts, and the Mazda3 is more mature than all that.

Mazda doesn’t publish 0–100 km/h times, but after a few foot-to-the-floor launches, I wouldn’t be surprised to see some Mazda3 Turbos skirt under six seconds, in optimal conditions. There’s the slightest of hesitation as the turbo spools, then a solid shove moves the Mazda forward with considerable urgency. More impressive is the mid-range passing power that makes overtaking a completely effortless endeavour. The well of thrust is a deep one and it comes on in a very linear fashion.

The experience won’t make your passengers gasp in surprise the way they would in the ferocious little AMG A 35, but Mazda’s goal of producing effortless performance – the sort of experience a mature driver might appreciate – seems right on the money.

Mazda’s 2.5L turbo motor doesn’t sound like a high-performance engine. Upon start-up in particular, there’s enough clatter to confuse passersby into thinking it’s a diesel. It settles a bit once warmed up, but it never sings sweetly, and with peak power reached at 5,000 rpm (and redline at 6,300), the way it goes about its business is rather diesel-like, too.

The turbo engine can only be had when mated to a six-speed automatic transmission, which, despite having unfashionably few gears, manages just fine, knocking off smooth shifts when driven sedately, and snappy ones when driven briskly. All Mazda3 Turbos are all-wheel drive (AWD) as well. It’s a smart move, preventing that much torque from wresting the steering wheel out of the driver’s hands as it would in a front-wheel-drive machine, but it also helps the car launch away from rest with composure and authority.

The brakes are the same 295-mm front discs and 265-mm rear discs found on normally aspirated AWD Mazda3s, and they slow the car well enough, but require a surprising amount of pedal effort. The lack of initial bite can be a bit unnerving the first time all that turbo power sends the car toward a corner quicker than expected.

The Mazda3’s handling has long been one of its strong suits, and it remains so here. With the added confidence provided by the all-wheel traction, it reinforces the calm demeanour provided by the boosted engine to achieve effortless speed. Steering is reasonably quick and has decent feel, too – at least in this electrically boosted era.

One of the benefits of driving a compact hatchback is its efficiency in both space and fuel consumption. The Mazda3 Sport Turbo is reasonably efficient for such a powerful car, but it’s thirstier than a Civic Type R, though more efficient than a Volkswagen Golf R. Rated at 10.1 L/100 km city, 7.5 highway, and 8.9 combined, the Mazda3 Sport Turbo is on par with subcompact crossovers.

There is a bit of an ace up the Mazda3 Turbo’s sleeve, however, and that’s despite its high-pressure turbo, it’s still able to run happily on regular fuel – although doing so sees peak torque drop to 310 lb-ft to go with 227 hp.

The car’s familiarity has softened this writer's impression somewhat. For while it was one of the most beautiful compact hatchbacks for sale anywhere, but cars like the Mercedes-Benz A-Class and Audi A3 not only have elegance, but brand cachet, too. Mazda’s market research has found that an increasing number of Mazda3 buyers are cross-shopping the car with premium brands, reinforcing Mazda’s decision to help the grow up a little. The Mazda3’s interior remains impressive with ample style and material choices that easily hold their own against most of the compact premium brands.

In GT trim, like this test car, the Mazda3 is a well-equipped machine. A power sunroof, head-up display, leather heated seats and steering wheel, and 12-speaker sound system with satellite radio are all standard equipment. The Premium package also adds parking sensors, a surround-view camera system, auto-dimming mirrors, and even an active traffic jam assist system integrated into the adaptive cruise control and lane-centring. Content at that level would add considerable cost to the option sheet for any of the premium-brand competitors.

Still, rear-seat passengers go without heated buns, and in fact, there aren’t even climate vents on the back of the centre console, nor device plug-in points, reminding occupants back there that this car still has its foundations in the economy realm.

The Mazda3’s power driver’s seat should help most motorists find a comfortable and commanding driving position. The trio of dials facing the driver for essential information is laid out in a classic white-on-black format that’s easy to read at a glance. The infotainment screen – an 8.8-inch display with bright, modern graphics – is mounted high on the dash for easy viewing without taking a driver’s eyes far from the road. The menu system is simple enough, but it’s only navigated by a rotary dial found between the seats. The audio volume knob is situated down there, too, requiring some familiarization to prevent turning up the climate temperature knob every time a great tune comes on the radio. Apple CarPlay and Android Auto are standard equipment.

One note of annoyance: the stylish-looking silver steering wheel buttons are difficult to read in daylight since there’s so little contrast, requiring a bit of memorization from the driver for them to be fully functional.

Those leather-swathed seats offer a good balance between firm support and luxurious suppleness. They’re not wildly bolstered for high-G cornering, nor should they be. Although heated, they don’t offer a cooling function, but are perforated to prevent a swampy back during summer heat or stressful commutes.

The Mazda3 GT’s ride does a similar trade-off between feeling solid and planted for great handling, yet with a compliance that manages to absorb all but the nastiest bumps. Mazda’s suspension tuning is impressively sophisticated for this balance, again positioning it well against the premium Euro-brand competitors.

And despite the turbo engine’s gruff sound outside the car, inside it, there’s little sound intrusion to spoil the impression that the Mazda3 is trying hard to be taken seriously as a premium car.

With its highly usable power, traffic-friendly automatic transmission, and four-season road-holding thanks to the all-wheel-drive system, the Mazda3 Sport makes a great case as a daily driver for Canadians. Its cargo hold swallows 569 L behind the rear seat, and up to 1,334 L with it folded – a decent amount that’s comparable to a small CUV. The interior space is also reasonable for a compact hatchback, with rear-seat space being decent for two (and a squeeze for three), although headroom is a bit tight in this class.

Mazda has done a great job of including an extensive active safety suite as standard equipment on all but the most affordable Mazda3 trims. This year, the adaptive cruise control gains stop-and-go function, while selecting the Premium pack will add rear cross-traffic support to the automatic emergency braking system. There’s also a driver attention alert, and high-beam control for the LED headlights.

The active and passive safety features, plus its basic structural design, help the Mazda3 earn an Insurance Institute for Highway Safety (IIHS) Top Safety Pick rating, just as a car trying to compete in the premium segment should.

At $29,500, the Mazda3 Sport GT gives its owners all the style inside and out, not to mention much of the key content that makes the car feel surprisingly luxurious. Up the ante with all-wheel-drive, the Premium package, and the turbo engine, and a buyer is facing an extra $6,000 or so.

At that price, the Mazda3 Sport Turbo is costlier than its much less powerful, front-wheel drive hatchback competitors, as well as the all-wheel drive Subaru Impreza in its top trim. With its styling, refinement, performance and equipment levels, the turbo Mazda matches up better with premium hatchbacks like the Volkswagen Golf R and Mercedes-Benz A 250, both of which start at a considerably higher price, and quickly surpass the Mazda by a margin of $10,000 or more once comparable options are added.

In driving the Mazda3 Sport Turbo, it becomes immediately apparent that this is a more grown-up offering than the Mazdaspeed3 or five-door Subaru WRX of old, with more luxury, refinement, and style than those vulgar hot hatches. There’s plenty of easy, accessible performance here that enables a driver to enjoy it effortlessly. Mazda has matured its turbocharged compact hatchback to a level where it can rightly steal away buyers from premium-brand showrooms. 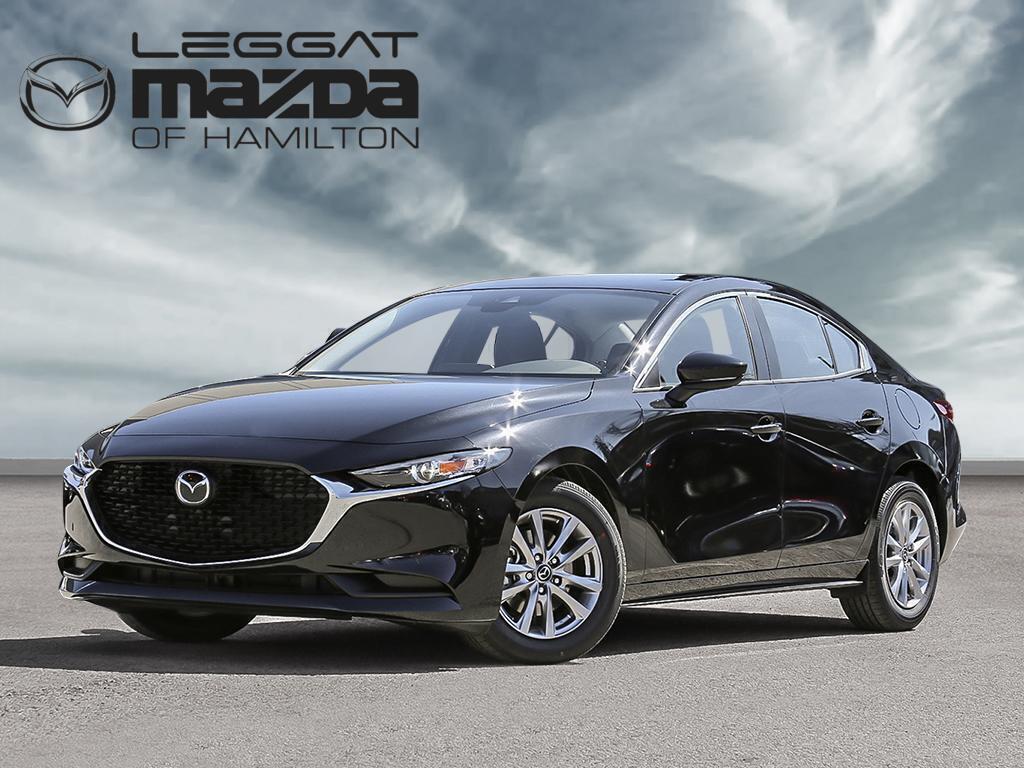 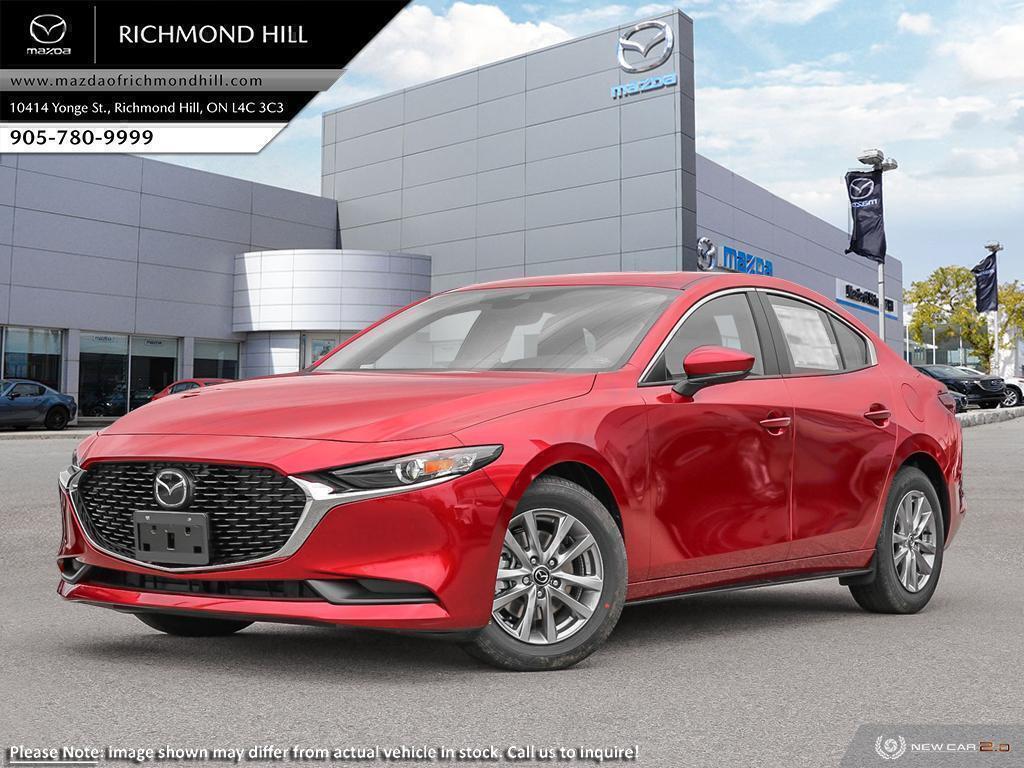