Volvo was among the first automakers to prioritize road safety, and now it’s going for the environment, too.

The company says there will be some form of electrification in all of its vehicles from now on – a shift that’s already underway with its current lineup, including the XC90 three-row SUV.

So, there’s a cord that goes into my tester, the 2020 Volvo XC90 T8, because it’s a plug-in hybrid (PHEV). It’s offered in three trim levels, starting with the Momentum at $74,950, and topping out with the Inscription at $85,800. I had the mid-range R-Design, starting at $84,100, but mine featured several packages and standalone options that brought it to a very hefty $99,475 before freight and taxes.

Volvo has consistently been spinning out styling champs for a while now, and the XC90 doesn’t deviate from that. It gets a few light tweaks for 2020, including a new grille, wheel designs, and exterior colours. I particularly like the bisected headlights and flowing taillights. But I’d gladly kick the running boards to the curb; they’re too narrow to be of much use when getting in, but wide enough that it’s difficult to step over them without getting your pant-leg dirty.

The interior continues a smooth, understated Scandinavian-style design, with a handsome steering wheel, flowing lines, and an elegantly stitched dash. Mind you, that can also work against it for some buyers. For those who aren’t fans of minimalistic styling, the cabin might not look like the nearly six figures it costs to take my tester home.

Of course you’d expect Volvo to score high here, and the experts agree. The United States National Highway Traffic Safety Administration (NHTSA) gives it its highest five-star rating, while the Insurance Institute for Highway Safety (IIHS) ranks it the highest Top Safety Pick+ – although it does give it an “Acceptable” score, one less than the highest “Good,” for ease of use with the child-seat anchor points.

Standard safety features include lane-keeping assist, emergency front braking, front and rear park assist, tire pressure monitoring system, driver’s knee airbag, and the rearview camera that’s required on all new vehicles. But this being a Volvo – and one that starts at $84,100 at that – I find it a bit odd that blind-spot monitoring isn’t standard, but part of a $2,100 package; and to get a 360-degree camera and adaptive cruise control with driver assist, you need to add the $2,800 Premium Plus pack, too.

The XC90 has the expected practicality of an SUV, where it’s all about what you can take along with you. The hybrid battery is bundled into the centre tunnel, which minimizes intrusion into the seating or cargo capacity.

You get maximum practicality with the seats folded down, which gives you up to 1,815 L of cargo space. My tester had optional four-corner air suspension, and there are buttons in the cargo compartment for lowering the vehicle to make it easier for loading.

I’ll state my bias up front: I think controls should be super-simple in a vehicle, so you’re distracted as little as possible from what’s happening outside your windshield. Volvo, for all its emphasis on safety, seemingly does not always share my opinion. Instead of buttons, almost all functions are handled through the large centre touchscreen.

A hard button brings up the home screen, where you can then go into the menus for climate, stereo, phone, and navigation. Swiping it takes you to the lesser-used functions, such as adjusting the head-up display. But there are too many steps for most functions. For example, to change the cabin temperature, you tap the temperature icon, which brings up another icon that you tap or slide. You can perform some functions with voice commands, but even that may require multiple steps. I had to tap the steering wheel button to initiate voice commands and then ask it to change the fan speed three times to get the level I wanted, because it goes up or down in increments. Not exactly easier than just reaching over and spinning a dial.

There are lots of options available, too, and mine had quite a few tacked on, including its four-corner active air suspension, a premium (and spectacular) sound system, and a heated steering wheel and rear seats. But some of my add-ons, including blind-spot monitoring, heated washers, garage door opener, and a compass, seemed like they’d be standard equipment at this price.

The XC90 is powered by a 2.0L four-cylinder engine that’s both supercharged and turbocharged. Both of those pump in extra air under pressure – and the computers respond by spraying in more fuel – when more power is needed, but in different ways. A supercharger does so mechanically and right away, giving you almost immediate response; while the turbocharger is spun by exhaust gases and takes a moment, but maintains its power longer. The combination provides excellent performance at all speeds.

The hybrid system mates the engine with an electric motor, and they can combine for an impressive maximum of 400 hp (313 from the gas engine; 87 from the electric motor) and 472 lb-ft of torque (295 gasoline; 177 electricity). As a conventional hybrid, the XC90 runs on gasoline, electricity, or a combination of both, switching seamlessly depending on driving conditions.

The plug-in system lets you charge the battery, which then gives you up to a rated 29 km of completely electric operation – and there’s an option to save that electric range for when it’s most useful, such as on congested city streets. There’s no range anxiety like you get with a full electric vehicle, since after the stored charge runs out the XC90 continues to operate as long as it has gas in the tank. If there’s any disappointment, it’s that the electric range isn’t longer.

The XC90 is a large and roomy vehicle – that is, providing you’re in the first or second seats. My upgraded leather sport seats, a $1,000 option, had more than enough adjustments to find the right position, including cushion length and height; good spine support for long-distance comfort; and just enough bolstering for curves, but not so much that it was tough to get in and out.

At times, it seems like the third row was stuffed in as an afterthought. The second-row seats don’t have enough travel forward for access, and it’s difficult to squeeze in behind them to access the third row. It’s also far too tough to put those last two chairs up and down; they’re not power-folding, and so you either have to stretch over the second row, or stretch over the cargo compartment, to reach them and lug them into place. They’re fairly comfortable but legroom is tight, and as is usually the case with three-row sport-utes, most suitable for smaller children.

The XC90’s road manners are a good combination of performance and luxury. All-wheel drive is standard, with the electric motor driving the rear wheels. It’s smooth and composed for the most part, although it can get a bit squirrely under very hard throttle for a moment, as if front and rear are trying to figure out exactly where to lay down the traction.

The steering is well-weighted and responsive, and while you’re always aware that this is a full-size vehicle, it handles curves very well, and with a smooth ride that keeps any road imperfections away from the cabin.

Some people might think PHEVs are pointless, because their battery range is so much shorter than that of full electrics, but that’s not so. Instead, if they’re regularly charged – and the smaller battery charges much faster than the ones in electric cars – many drivers can run their commutes or errands entirely or partly on electricity, but still be able to drive the XC90 across the country if they want. I charged the XC90 whenever I could during my week with it, and my gasoline use overall came out to 6.0 L/100 km.

You’ll likely also want to have a 240-volt home charging station installed as well. The XC90 can use a standard household plug, but a dedicated charger is much faster – and if you don’t regularly charge it up, you don’t get the fuel-free benefit for which you’ve paid that much more. It can also be charged at public stations, but like most PHEVs, isn’t set up for DC fast-charging.

As more automakers put electrification on their plates, consumers have more choice, but also have to make the right choices. For many, a plug-in hybrid will be the best of both worlds: fuel-free driving, and with the go-anywhere range of a conventional hybrid. It’s pricey, but if you’re looking in this segment, the XC90 needs a test-drive. 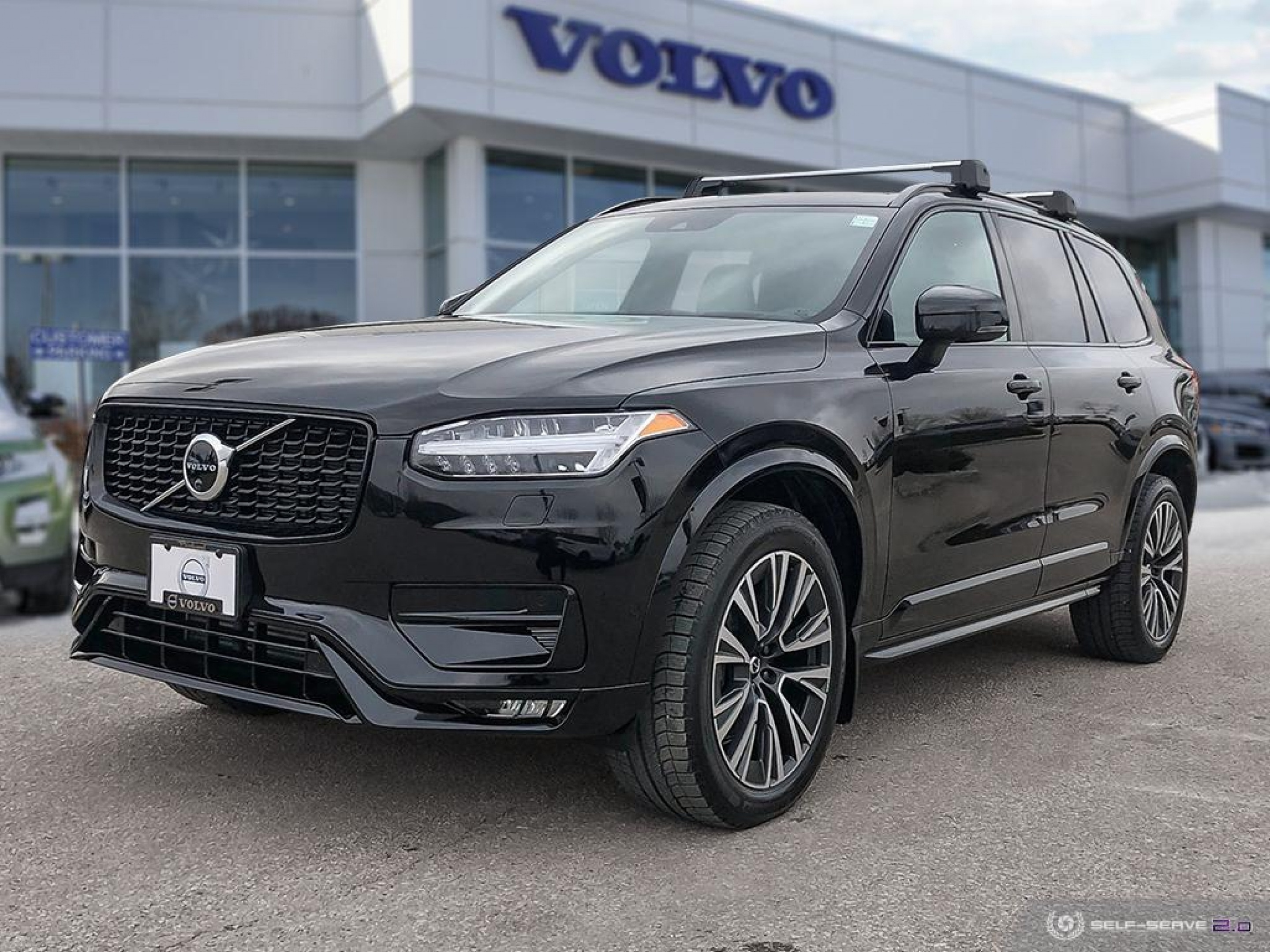 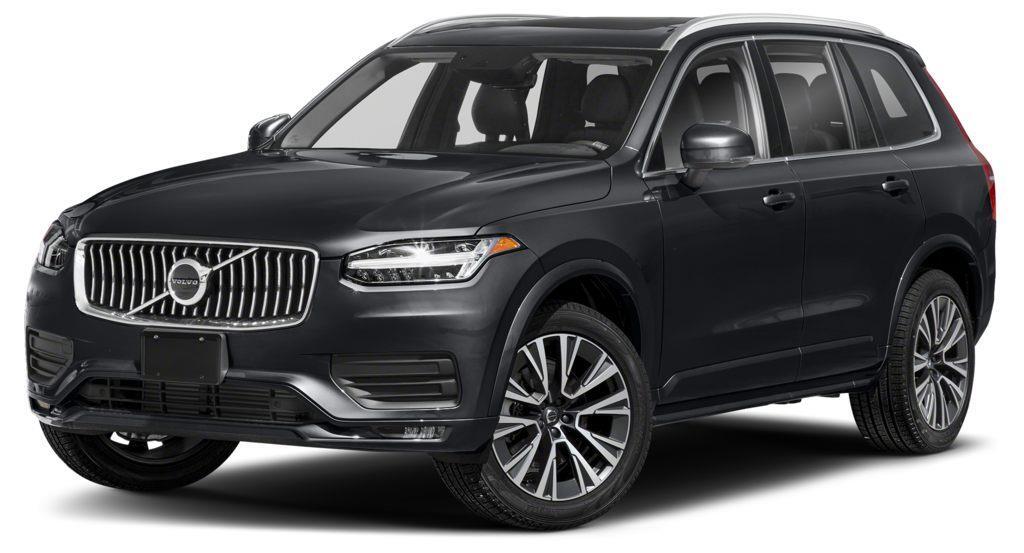