When it comes to “green” vehicles, full-electric cars get all the buzz.

Instead, I think plug-in-hybrid vehicles (PHEV) make more sense for a lot of drivers. Most have enough electric-only range to meet the needs of many daily commutes, but on longer trips where recharging can be an issue they’ll run for as long as there’s gas in their tanks.

A few premium automakers have added plugs to their lineups in recent years, and the 2021 BMW X5 xDrive45e is among the newest. It shares its six-cylinder engine with the X5 xDrive40i, but adds a hybrid system and plug-in capabilities. It starts at $80,900, while my tester was generously laden with options that brought it to $98,850 before freight and taxes.

BMW is trying to create the most out-there nose in the industry, but blacking out the grille as on my tester helps tone it down. Overall, the X5 has a handsome shape and lines, and looks proportioned for its large size.

I like how the wheel arches wrap around my tester’s 21-inch Y-spoke wheels, part of its $2,500 M Sport package, which also adds high-gloss window surround and roof rails, M Sport brakes, and aerodynamics kit. I stubbornly believe something with the vaunted M badge on it should actually be an M, but it’s a good look nevertheless.

The United States National Highway Traffic Safety Administration (NHTSA) and the Insurance Institute for Highway Safety (IIHS) don’t always agree with each other. NHTSA only gives it four out of five stars overall, with four stars for frontal crash and rollover, and five for side crash. Meanwhile, the IIHS gives it a Top Safety Pick+ designation.

My vehicle was equipped with a $2,000 advanced driving assistant package, which added adaptive cruise control with stop-and-go functionality, and enough steering and lane-keeping functions to pilot itself, including changing lanes when you activate the turn signal. It’s meant only as an assist, though, and after a few seconds, it beeps at you to put your hands back on the wheel. One of its cool technology tricks is that it remembers how you drove into a driveway – even a winding one – and can back itself out when the time comes, although I hope drivers don’t come to depend on it.

Although the regular X5 is available with three rows of seats, the 45e is strictly a five-seater. Having previously tried folding into said third row, I see nothing wrong with a lack of extra seats.

The battery chews up some 23 L of cargo space compared to the conventional X5, but it’s still generous, and the rear seats fold flat. What isn’t practical is loading it. The X5 has a two-piece tailgate, with a smaller portion that flips down while the larger conventional portion that swings up. It’s no doubt popular for sitting while picnicking in the Bavarian countryside, since the lower gate can hold up to 250 kg (551 lbs), but if you have to reach in for cargo that slid toward the front, your clothes will wear whatever dirt or snow is on the edge of that ledge.

The X5 has a lot of real buttons, rather than every function buried in a giant centre screen, which helps reduce distraction. The temperature and fan buttons could be bigger (or ideally could be dials) to make them even easier, but at least they are buttons, as are controls for the heated seats, surround-view camera, drive modes, and air suspension.

The centre screen uses BMW’s iDrive system, which has become much more user-friendly over the years, including touchscreen capacity in addition to the console-mounted joystick. Its gesture control lets you activate some functions with specific hand movements in front of it, such as twirling a finger to adjust the stereo volume. The gearshift is one of those infernal push-pull-button-for-park gadgets, which I hate; but it does open up more console space for the buttons that I do like. I had an optional crystal shifter and joystick, and they’re gorgeous but cast blinding reflections when the sun hits them.

The X5 includes a number of premium standard items, including its sunroof, auto-dimming mirrors, adaptive LED headlights with high-beam assist, heated seats with memory, a faux leather dashboard (real cowhide is an option), satellite radio, and Apple CarPlay (but not Android Auto).

But there were a few items I thought might have been included, such as heated rear seats, four-zone climate control, wireless charging, and a proximity key. These were part of a $9,000 Premium Enhanced package, which adds a long list of additional features such as a premium sound system, soft-close doors, and manual side sunshades. The package also includes a drive recorder, which when activated snaps four fish-eye pictures using the surround-view cameras – although for what purpose, I’m not exactly sure.

The previous X5 plug-in, the 40e, made a combined 308 hp with its turbocharged four-cylinder engine and electric motor. Now the 45e uses a 3.0L twin-turbo inline six-cylinder that makes 286 hp and 332 lb-ft of torque on its own, and combines with electricity for a total 389 hp and 443 lb-ft of torque. This goes to all four wheels through an eight-speed automatic transmission.

We’re still waiting on Natural Resources Canada (NRCan) to release official Canadian figures, but according to preliminary numbers from the U.S. Environmental Protection Agency (EPA), the X5 45e will get about 50 km on gasoline-free driving when fully charged (and when it was, my tester’s screen showed up to 70 km, so we’re back to waiting on those tested numbers). Of course, much depends on how you drive, and factors such as ambient temperature. On a particularly hilly route, I got 23 km on battery alone.

For many drivers, 50 km is a day’s commute. When the stored charge runs out, the 45e continues as a conventional hybrid, recharging its battery through regenerative driving. Using the drive mode buttons, you can save the stored charge, such as driving in hybrid mode on the highway and then switching to battery-only for city streets. The 45e will run on electricity alone up to 135 km/h, but the gasoline engine kicks in on very hard throttle for extra combined acceleration power, even if you’ve set the drive mode for electric-only.

German automakers are the gold standard for comfortable seats. They’re supportive rather than soft and cushy, and that’s what keeps your spine aligned on a longer drive.

My tester had “comfort seats” courtesy of its option package, with multiple adjustments including thigh support, along with bolsters that centred me in the seat but weren’t so large they impeded easy entrance and exit. The rear seats are flatter but still very comfy, and with decent legroom. And in colder weather, when you turn on the front heated seats, the door and centre armrests warm up, too.

The X5 is a big vehicle, but its sharp handling and quick steering response tends to make it feel smaller than it is – at least, until you try to spin in a tight spot and see how large its turning circle is.

Acceleration on battery alone is strong if not awe-inspiring, but I really like that the X5 will combine gas and electric if hard acceleration is needed. It’s a large engine, so you notice when it starts up on hybrid operation, but it’s still smooth. Overall, it’s an extremely pleasant driver as an everyday commuter, while in the curves, you will notice its height and weight, but you can still have some fun with it.

NRCan hasn’t released the X5 45e’s official fuel figures yet, so I’m rating it based solely on my experience with it – and the classic “your mileage may vary” disclaimer is key here.

I charged whenever I could, but on one day could only get the battery up to 10 km of range. Even so, in a week of mild temperatures and with the benefit of electric-only when it was charged and hybrid operation when it wasn’t, I averaged 4.3 L/100 km, with premium fuel requested.

The X5 45e has only a few direct competitors, as models like Tesla’s Model X and Jaguar’s I-Pace are fully electric.

Plug-in hybrids face some unique challenges, including their higher price, and people who compare their battery range to that of fully electric vehicles. But the X5 45e is only $6,000 more than a conventional X5 40i – not a huge jump at this high level – and has the comfort and performance expected from an X5, but with the benefit of electric-only driving. For BMW fans, this is a very viable choice. 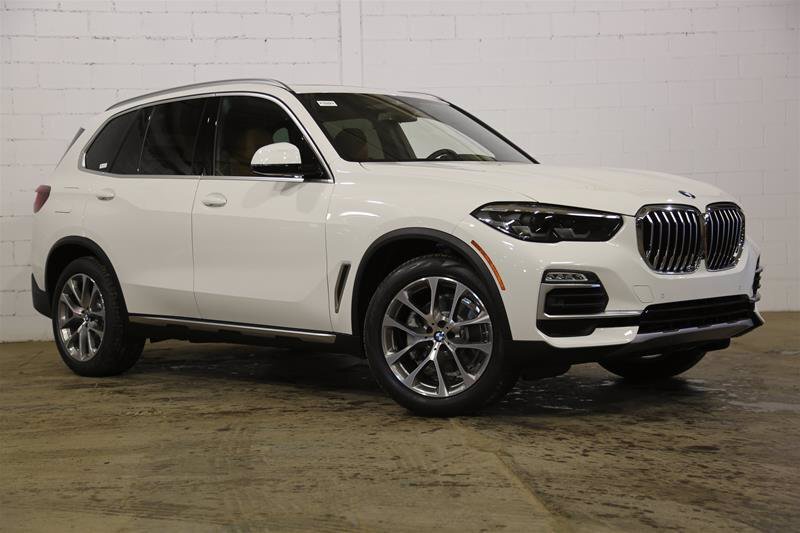 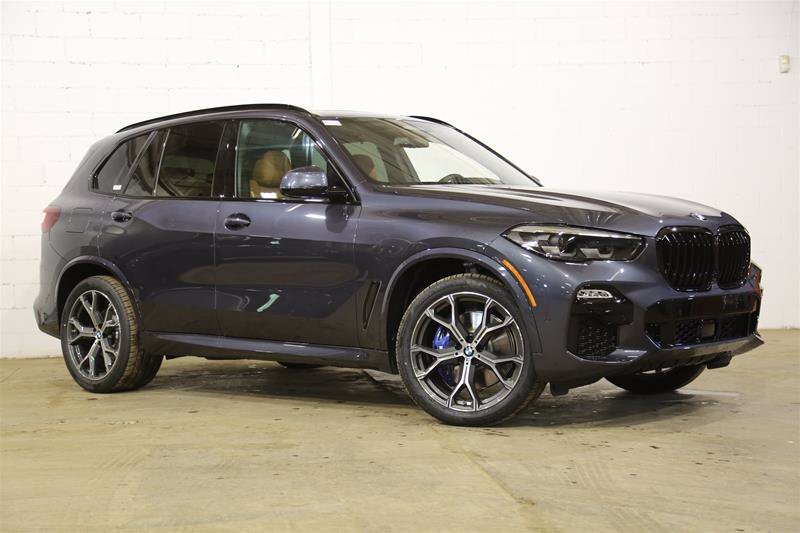