Just one year after a refresh, an all-new Chevrolet Cruze hit the market for 2016. A competitor to models like the Honda Civic, Ford Focus, Kia Forte, Dodge Dart, and Nissan Sentra, the Cruze was a smaller economy-oriented car that was big on safety features, connectivity, and selection. The Cruze nameplate was discontinued after model year 2019, moving the model fully into used-car territory.

A Teen Driver feature helped add peace for parents sharing their vehicle with younger motorists, and with up to 1,336 L of cargo space, the Cruze was noted to be flexible and easily adaptable to virtually any task – all while keeping fuel bills in check.

Under the hood, look for a 1.4L turbocharged four-cylinder engine good for 153 hp. Though displacement is shared with an available engine in earlier Cruze models, the 1.4L turbo engine fitted to this generation is a new powerplant that employs idle stop-start technology aimed at reducing emissions. Fuel consumption, meanwhile, can be as low as 5.6 L/100 km when equipped with the more efficient automatic transmission.

The new engine also contributes to a reduction in vehicle weight compared to the outgoing model. Manual and automatic transmissions were available.

Note that the remainder of this write-up focuses on gasoline powered models. Though a diesel engine was available from 2018 and on, low sales volumes and just a couple of years on the market mean we can’t provide much useful information on pre-purchase checks.

Most owners report a nicely sorted ride and handling equation for a car that feels light and lively in motion, and excellent feature content for the dollar. A glance at past test drive notes saw this writer praising a 2018 Cruze hatchback for a more solid-feeling and quiet drive on the highway than a comparable Honda Civic. Plenty of approachable connectivity tech helped round out the package.

Most gripes centre around the Cruze’s cabin and trimmings. Many owners complain of a low-budget look and feel for much of the controls, plastics, panels, and switchgear – some of which is very dated. Simply put, you’ve got far better options if you want the most upscale interior for your dollar.

A quick drive down a rough road can coax plenty of warning signs from a vehicle that might be concealing some problems or issues. Find a rougher road surface and travel over it at a quick-but-reasonable speed several times.

After quieting the cabin, be on the lookout for signs of unwanted noises from beneath the vehicle as its suspension gets a workout. Feel for any signs of clunking, pulling, or slack in the vehicle’s steering, which may also indicate a problem. A healthy vehicle should handle this sort of test without much undue harshness or noise. If something sounds or feels off, it probably is. Have the vehicle inspected before you buy.

The Chevrolet Cruze owner’s community has done a nice job of documenting servicing issues, concerns and other potential gripes in various online forums like this one. Have a look for more information, but remember that the comments within reflect the experiences of a very small percentage of total Cruze owners.

Some Chevrolet Cruze models left the factory with a high-mount third brake light that may be prone to water leaks over time. The culprit, according to a GM Customer Satisfaction Program, was improper fastener application to hold the light in place. In some cases, the water leak could cause pooling of water within a nearby electrical component, which might cause a short circuit or fire.

For maximum peace of mind, test-drivers are advised to consult the owner’s manual for instructions on how to access Cruze’s trunk-mounted battery. With the battery tray visible, check closely for signs of standing water, water staining, rust, or other trouble on or around the battery, and nearby electronics.

If you detect any, moving to another unit is advised – though many owners had this issue repaired in a dealer setting. Many owners report that dealers are well-prepared to inspect for the problem, repair it, and replace potentially damaged components. Here’s some more information.

Some owners have reported engine failure. Most have not. This rare issue seems most likely during the warranty period, and may result from a catastrophic failure of the piston inside of cylinder number one. Here’s some more reading.

Though this issue seems rare, avoiding a model that’s ever been tuned using aftermarket software to make more power can be a good preventative measure. So can ensuring that the vehicle was treated to on-time servicing and oil changes, ideally in a dealer setting, for its entire life.

Some owners say that using high-octane fuel may help fend off this problem, though the Cruze’s owner’s manual doesn’t call for it. Note that using only factory-specified engine oil is vital to the long-term health of the Cruze’s engine, and may help avert problems like this.

On your test drive, note that a rough idle, noisy or sluggish performance, or a check-engine light are signs to proceed with caution, or move to another unit. Note that by about 2017, the owner’s community observed a big reduction in cases of engine failure, suggesting that some in-process modification was made to correct the underlying issue at the factory.

Further on this topic, remember to use a high-quality gasoline at every fill-up. Top Tier fuel contains cleaning additives that help – directly, and indirectly – to keep your Cruze’s engine clean and healthy. Sticking with name-brand stations is the best bet.

With both diesel and gas engines available with a manual transmission, there’s a solid chance you may be considering a used Cruze with a stick shift. If that’s the case, be sure to try a few tests to confirm that the clutch and transmission are in good shape.

First, find a steep hill you can drive up at or near highway speeds. At the bottom of the hill, shift the car into a gear that will put the revs down low – perhaps at 2,000 rpm – and apply full throttle. This low-speed, high-load situation can, in some cases, coax slippage out of a badly worn clutch. If the revs climb but the vehicle doesn’t speed up, it probably needs a new clutch.

Note that some owners have also reported issues with the clutch slave cylinder, which may be evidenced by a mushy, sticky, or unfamiliar feel to the action of the clutch pedal, possibly accompanied by difficulty making the clutch engage smoothly, or at all.

Have a technician check the transmission carefully before you buy if you notice any issues like these.

Cabin air filters need to be replaced on a regular basis, since a clogged or plugged cabin air filter can cause system performance issues, inconsistent operation, or damage.

Ask the seller when the cabin air filter was last changed. If they’re not sure, budget for a new filter and have it replaced to prevent potential trouble. Remember that running a clean and fresh cabin air filter is a great way to prevent climate control-related headaches.

One of the more common complaints from owners is the tendency for some models to exhibit higher-than-expected levels of wind noise from the area around the driver’s side door, and specifically, at the top corner nearest the windshield. Some owners have been frustrated by this problem, with several attempts to have it corrected by re-alignment of the vehicle door, and adjustment of the weather seals within. Many have not. Listen closely for signs of unwanted wind noise on the specific model you’re considering for purchase.

If you’re set on a used Chevrolet Cruze from this generation, note that the more serious problems reported are relatively rare against total sales volumes, and typically easy to spot for yourself on a test drive. The Cruze was loved by many owners for its upscale drive and feature content, but used shoppers are advised to proceed cautiously and have the vehicle treated to an inspection before they buy, for maximum peace of mind. 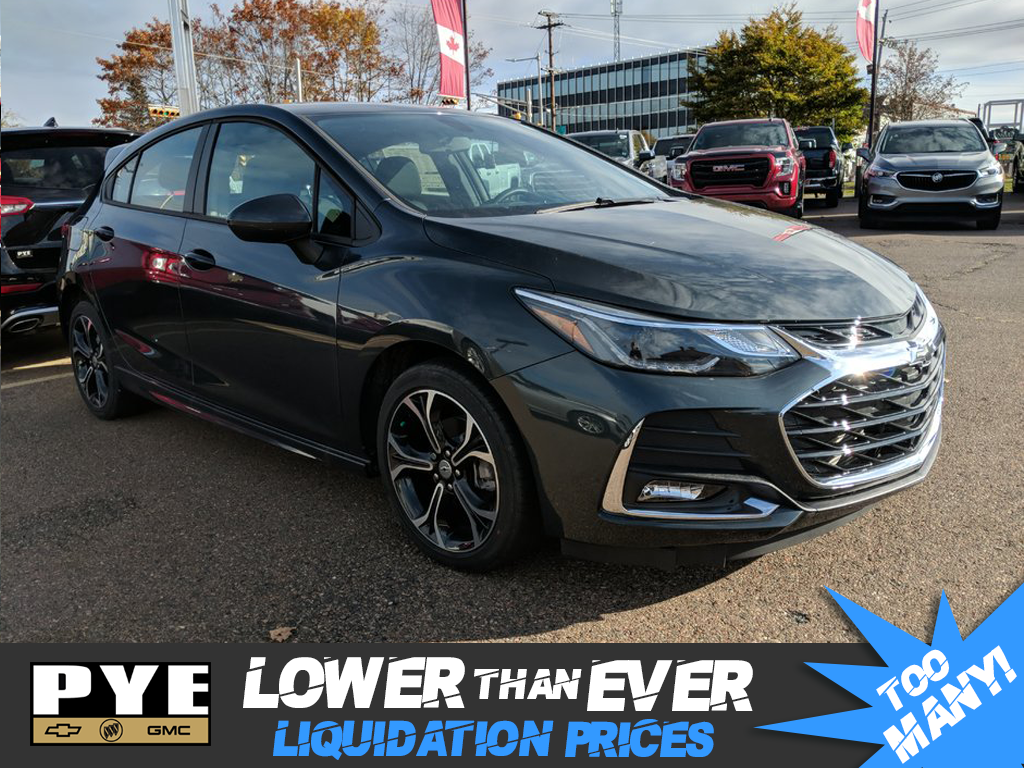