The 2020 Hyundai Sonata Hybrid is the Korean automaker’s way of showing drivers how absolutely normal and easy green-ish motoring can be. It sets a high bar not just for hybrids, but for sedans in general, and makes a strong case for cars like this to be the norm.

After more than 725 km of testing, the new Sonata Hybrid was returning an incredible fuel economy of 4.7 L/100 km. Although my driving was predominantly done on the highway, my as-tested fuel economy was made even more impressive because I wasn’t even trying that hard. Although the drive selector was set to Eco mode – Eco, Comfort, Sport, and Smart modes are available – nearly the entire time, I made a point to drive it like a conventionally powered car instead of trying to hypermile it. On one trip where I was being extremely gentle on the accelerator, coasting often, and braking extra early, I averaged 3.2 L/100 km during a 31-km drive that was mostly highway travel.

There’s no mode to force the Sonata Hybrid to drive in all-electric mode, but it does so automatically in a variety of situations – parking, slowing down, at a full stop, coasting, or other situations that don’t require a lot of effort to create momentum.

One incredible feature that separates the Sonata Hybrid from its competitors is its standard solar roof, which is used in conjunction with the internal combustion gas engine to help charge both the hybrid drive lithium-ion battery and the 12-volt accessory battery.

The solar roof is fun to talk about because it’s unique and people think it’s a cool feature, but it’s not just a gimmick: Hyundai says that six hours of full sunshine can add 3.6 km of emission-free driving range to the car’s battery, which doesn’t sound like much, but can add up quickly. If you have outdoor parking that gets direct sunlight, there’s extra incentive to get the Sonata Hybrid. The more time the Sonata Hybrid spends in the sun charging the batteries, the less time the gas engine wastes doing so, which helps improve fuel economy.

There’s also some peace of mind that comes with the solar roof because as long as it has access to sunshine, there’s almost no risk of the battery discharging completely and needing a jump. The solar panels are charging the battery even when the car is off, so you could potentially leave it parked over a sunny weekend and return to find the battery more charged than when you left it. This means no need for a trickle charger or jump starter if you have a sunny place to park. [Take note, southbound snowbirds.—Ed.] I’m hyped about solar roof tech and can’t wait to see them get more powerful and implemented on more hybrids and EVs.

Hyundai Canada sells the Sonata Hybrid in a single trim that comes pretty much fully loaded. The only feature from the conventional version of the 2020 Sonata that’s not available in the hybrid version is the “Smart Park” feature that allows drivers to use the key fob to move the car forward or backward in a parking spot for easier access in a tight spot. It’s a gimmicky feature, though, and I would take the solar roof over this any day.

The Sonata Hybrid comes standard with a 12.3-inch instrument cluster, a 10.25-inch touchscreen, wireless phone charging, Apple CarPlay and Android Auto, a head-up display (HUD), 30 interior ambient lighting colours, a surround-view camera, full-speed adaptive cruise control, and more. The leather-lined front seats are heated and ventilated, while the steering wheel and rear seats are also heated. I love that the car reminds you before you exit if your phone is in the charging tray and to check the rear seats for kids or cargo, but also that it notifies you if the car in front has pulled away and you haven’t responded yet; think about those times you’re daydreaming at a red light.

The HUD isn’t as large as what’s offered by some competitors, but it packs a lot of useful information in there, like if there’s something in your blind spots, your speed, and the status of all the driver assistance features.

The adaptive cruise control works well, with acceleration and deceleration feeling natural and progressive. The lane tracing is a bit too aggressive, and I felt as if I was fighting with the steering wheel because the system had a tendency to pull too close to the left line instead of staying in the middle of the lane, so I turned it off.

The 2020 Hyundai Sonata has been rated as a Top Safety Pick by the Insurance Institute for Highway Safety (IIHS), with top marks on all of its crash tests, upgraded headlights, and crash prevention systems.

User-friendliness is one of the Sonata Hybrid’s many strengths. Not only are all the controls exactly where you think they will be and all the ergonomics make logical sense, but the fact that it operates exactly like a conventional car means there is no hybrid learning curve.

With the 360-degree top-down view and surprisingly good visibility and sightlines, the sedan is a breeze to park. The push-button gear selector is intuitive, unlike Honda’s system, which uses a combination of buttons and triggers. The use of toggle switches for all the climate control functions cleans up the look of the dash and just makes so much sense from a usability standpoint.

The widescreen infotainment system is quick and responsive, and all the menus make sense, so there’s no digging around for what you need, meaning it’s less distracting. Apple CarPlay and Android Auto don’t take up the whole width of the widescreen, which is a bit of a missed opportunity, but luckily you can display other important info in the unused space like fuel economy or audio settings. The digital instrument cluster is clean and crisp, displaying clearly how efficiently you’re driving.

The Hyundai Sonata Hybrid’s 453 L trunk capacity is the same as the non-hybrid model, thanks to a cleverly positioned battery. I also appreciate the automatic-opening trunk, which opens if you have the key in your pocket or bag and stand behind the car for a few seconds or by pressing a button hidden in the top portion of the H emblem on the trunk lid. Inside, there are many good storage cubbies for keys, phones, wallets, and bottles, as well as a big centre console bin.

During longer drives – about 90 minutes or more – the seats started to feel unsupportive, leading to a dull ache in my thighs and lower back. The door openings also feel a bit small and, though I’m not a very tall person, I hit my head getting in and out of the front and back seats a few times and found the rear-seat headroom to be a bit lacking. None of these are deal-breakers, though and the Sonata Hybrid is otherwise comfortable in the front and back, with ample shoulder- and legroom.

The Sonata Hybrid drives pretty much like any other conventional car, meaning there’s not much to report on the steering and handling front. There are a couple notable exceptions, however, the first of which is braking feel. The regenerative brakes don’t feel very natural and can have a tendency to behave inconsistently, so it can be difficult to drive smoothly. The brakes don’t seem to bite until later and would benefit from feeling more progressive.

The only other thing that stood out is that the gas engine can be jarring sometimes when it turns on at low speeds and it can get quite buzzy when passing or getting up to highway speeds, though this is common in most hybrids and both of the issues mentioned are minor.

The Hyundai Sonata Hybrid is powered by a 2.0L four-cylinder engine with 139 lb-ft of torque and with the electric motor, the total system output is 192 hp. Hyundai has bucked industry trends by using a traditional six-speed automatic transmission instead of a continuously variable transmission (CVT), which helps the car’s responsiveness yet doesn’t negatively affect the fuel economy. The transmission delivers smooth and quick shifts and helps deliver power in a linear fashion, likely due to the electric motor that steps in between shifts to eliminate a perceptible drop in torque as you accelerate. This is a fantastic powertrain, but many Canadians are looking for all-wheel drive  and as hybrid all-wheel drive becomes more common – mounting the electric motor in the back to drive the rear wheels – the front-wheel-drive Sonata risks falling behind.

Even though the Sonata made it onto autoTRADER.ca’s list of ugliest cars, I still like the way it looks, mainly because it’s unique. I applaud Hyundai for taking such a big risk with this design, even though the result has been controversial. I love the accent lighting strip that extends onto the hood and I don’t even mind its overall face, which Road Test Editor Dan Ilika savagely described as looking like a catfish.

The hybrid model gets a few visual tweaks from the conventional gas model that help improve fuel economy like lighter, more aerodynamic 17-inch wheels, a different grille with active shutters and horizontal chrome slats instead of a darker mesh design, and a different bumper with smaller air intakes and a chrome strip. I don’t love all the chrome used and think the conventional Sonata looks slightly better.

The Hyundai Sonata Hybrid comes fully loaded for $40,099, with the only option being a $200 paint upgrade. It’s only $1,373 more than the fully loaded gas model and undercuts both the Honda Accord Hybrid Touring and the Toyota Camry Hybrid XLE, so pricing-wise, there’s no reason not to get the Sonata Hybrid. Apples to apples, the similarly featured competitors cost more, but they do have the advantage of having lower and more affordable trims available.

I liked the 2020 Hyundai Sonata Hybrid more than the conventional gas-powered model. It simply makes so much sense for most drivers to have a hybrid like this because the tangible benefits can’t be ignored and there are almost no drawbacks. Vehicles like this make me think that all cars should be hybrids. 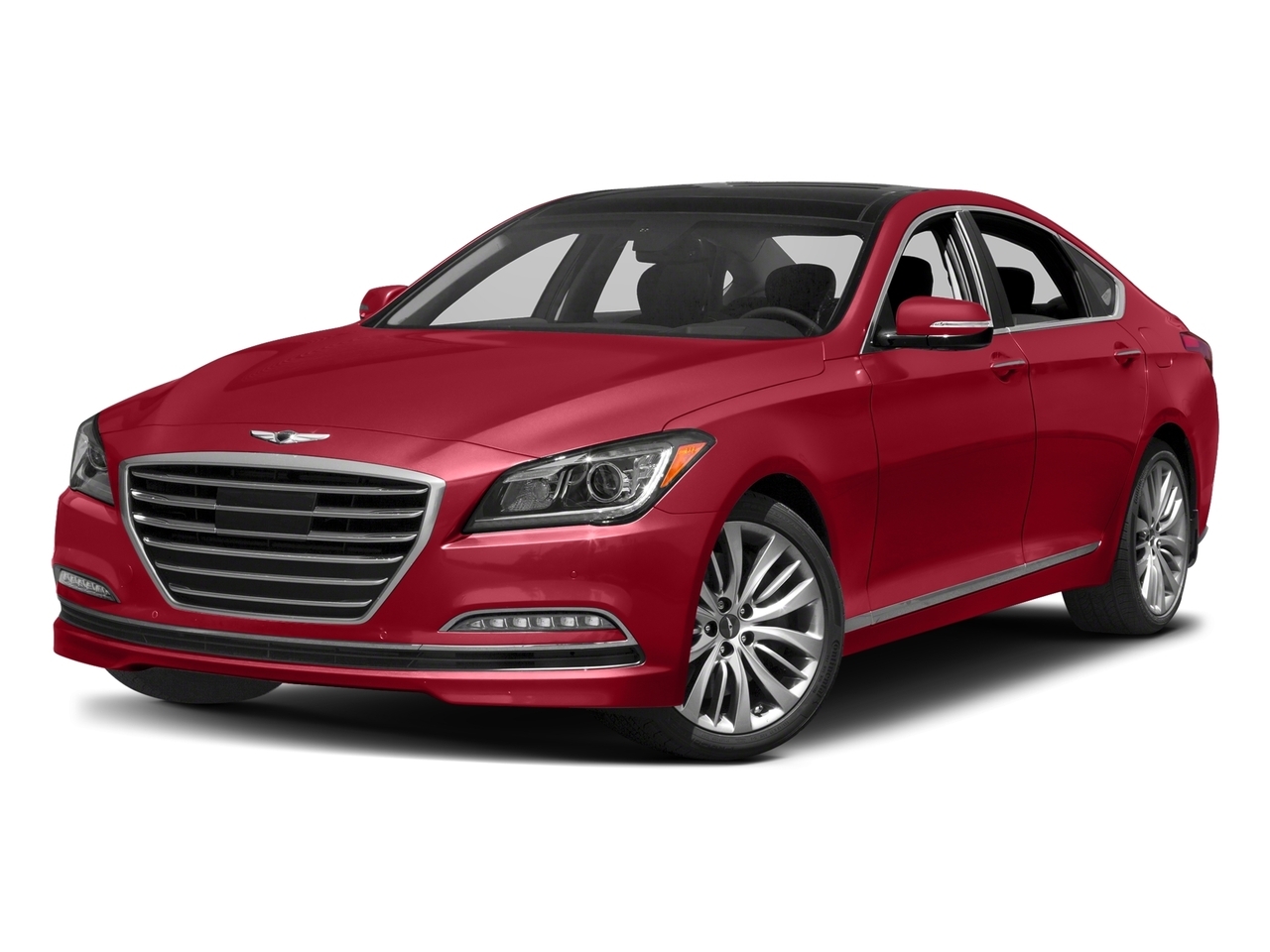