Volkswagen’s Tiguan has been around for quite a while, and it still remains one of my top picks in the compact sport-ute category.

It’s essentially unchanged for 2020 – save for some minor tweaks to its features list – but if it ain’t broke, there’s no need to fix it. Available in four trim levels ranging from $29,770 to $40,395 before freight and fees, the base Trendline trim comes in the choice of front- or all-wheel drive, while all others are all-wheel-drive only. My IQ. Drive tester, which is second from the top, stickered at $37,670 but was optioned with third-row seating for an additional $760, bringing it to $38,430 before freight and taxes.

I’ve sometimes heard people complain that Volkswagen’s design is bland in comparison to some of the edgier sport-utes out there, but I think it’s classic. The Tiguan is still going to look good years from now, while the out-there stuff will soon look dated.

That continues inside, with a no-nonsense dash that incorporates easy-to-use buttons and dials for most functions, a two-dial instrument cluster, and just enough metallic trim. About the only thing I don’t care for is Volkswagen’s habit of dividing the gearshift surround with metallic accents. One of the divisions actually is a button, used for disabling the engine start-stop system, but the rest are empty – and they look like the type of blank buttons used in models without all the options.

The U.S. Insurance Institute for Highway Safety (IIHS) gives the Tiguan a top “Good” rating in almost all categories, and it’s a Top Safety Pick when equipped with dynamic adaptive headlights – although you have to buy the top-trim Highline to get those. The Tiguan also earns a next-step-down “Acceptable” rating for ease of use with its child seat tethers.

Blind-spot monitoring comes standard on all trim levels, as does a tire pressure monitoring system, and of course the rear-view camera that’s mandatory on all new vehicles now. Other higher-tech safety features come in as you move up the trim levels, including emergency front braking with pedestrian monitoring. But in an odd turn, adaptive cruise with stop-and-go-function and a lane-keeping system is standard on the IQ. Drive, but part of an option package on the top-line Highline.

There’s a reason for that, and it also explains the IQ. Drive’s strange name: The trim was initially packaged for the European market as the tech-heavy trim, including matrix LED headlamps that illuminate specific clusters of light as needed. But they’re not yet legal in Canada, so our version with the same name is slightly watered down but still well equipped.

The Tiguan has the practicality inherent in most small SUVs. The IQ. Drive includes a power tailgate that raises to reveal a low liftover for stashing one’s cargo; the cargo cover can be stashed under the floor or removed for more storage space, and compartments on either side are perfect for stashing jugs of washer fluid. There are also useful cubbies up front for small-item storage.

But my Tiguan was equipped with that optional third-row seat, and that’s where the practicality becomes a little more hit-and-miss. There’s a limit to how small a vehicle can be and still have a truly functional way-back-there chair. These seats are very cramped and not that easy to access. They’ll fit small children, but if your youngsters aren’t old enough to buckle their seatbelts, you’ll find it very tough to squeeze back there to do it for them. Unless you’re ordering it for the odd emergency when you have to transport more than five, you’ll probably prefer the cheaper price and more cargo space that comes with the two-row Tiguan.

Volkswagen values simplicity – as do I – in the design of its controls. The cabin temperature is handled by dials, and the heated seats are operated by buttons. The centre screen has hard buttons to bring up the radio, phone, navigation and other pages, while some of the on-screen functions to control them – navigation destinations, for example – slide up as your hand approaches.

The rest of the Tiguan is generally on par with that. It’s easy to get in and out, at least with the first and second rows; the third is tougher, because even though the door opening is wide, the second-row chairs can only slide forward so far. But it’s easy to activate the sliding mechanism, and to fold down the seats.

My IQ. Drive tester added a few items shared with the top-line Highline, including automatic high-beam headlamps, a panoramic sunroof, an eight-inch touchscreen with voice control and navigation, and satellite radio. It also had some that were extra-cost options on the Highline, such as adaptive cruise control and lane-keeping assist. If you do go all the way to the Highline, items unique to it include leather-clad sport seats, a premium audio system, heated steering wheel, driver’s seat memory, programmable instrument cluster, LED headlamps, parking sensors, power-folding mirrors, and a remote starter.

At 184 hp and 221 lb-ft of torque, and with four wheels to spin, the Tiguan’s turbocharged 2.0L engine is fine under moderate city travel but thins out when it’s asked for more. It’ll certainly get to highway speeds and then happily spend the whole day there, but plan your passing moves appropriately.

Volkswagen’s venerable 3.6L V6 would be a good fit here, but with the recent introduction of the Atlas Cross Sport – a two-row, marginally-smaller version of the Atlas, and offered with the V6 or a much stronger version of the 2.0L turbo – I suspect there might have been too much crossover [get it?! – Ed.] between the two to offer both engines in the smaller Tiggy.

German automakers are adept at making good seats overall, and Volkswagen does exactly that with the Tiguan – although it must be noted that, on the vehicle’s list of features, so-called “Front Comfort Seats” are only listed for the Comfortline and IQ. Drive, not the base Trendline or the Comfortline. Never having sat in the base seats, I’m not sure what the difference is, but you’ve been warned.

Those Comfort Seats might be a little disconcerting if it’s your first time sitting in a VW, because they’re firm, and not as soft and cushy as those from some other automakers. The key is that they’re supportive, and that’s what keeps your spine feeling fresh, even on long drives. The second-row seats are flatter and offer only slight bolstering, but they still feel good. But that third row? Write it off. If there’s a passenger you really don’t like, put them back there.

Tepid acceleration aside, the Tiguan is a decent little driver. Handling is quick and precise, and the vehicle feels light and agile and drives smaller than it is. I wouldn’t mind just a little more weight to the steering, but that’s more quibble than complaint, and I will say the light touch makes it a breeze to spin it around tight parking lots.

Despite that light-and-airy demeanour, it’s still substantial on the highway, with a well-planted stance.

For the base front-wheel model, the Tiguan rings in at a city/highway combination of 9.4 L/100 km, according to Natural Resources Canada (NRCan). For all others with all-wheel drive, it’s 10.2 L/100 km. In my week with it, I averaged just a little better than that, with the recommended 87-octane gas.

That published rating puts it around the higher range of much of its competition. It’s certainly reasonable for the segment, but it’s not a fuel-sipper either.

Ranging from $29,770 to $40,395 before freight and fees, the Tiguan leans toward the upper range of the segment against competitors such as the Hyundai Tucson, Subaru Forester, or Toyota RAV4 – although it’s more to get into a Honda CR-V or Jeep Cherokee.

The Comfortline is generally Volkswagen’s volume trim level, and at $34,865, it probably will be for the Tiguan as well. But the $2,805 move up to the IQ. Drive, while not exactly pocket change, adds a considerable number of desirable features. And I’d definitely not check off the third-row option, and keep the $760 in my bank account.

I’ve always had a soft spot for the Tiguan: it’s well-sized, it’s comfortable, and despite being a little ploddy, it’s nice to drive. A proper three-row it is not, but unlike with many sport-utes, you don’t have to pay for that pointless rear seat if you don’t want it. If stretching out in two-row comfort is your thing, definitely give the Tiggy a test. 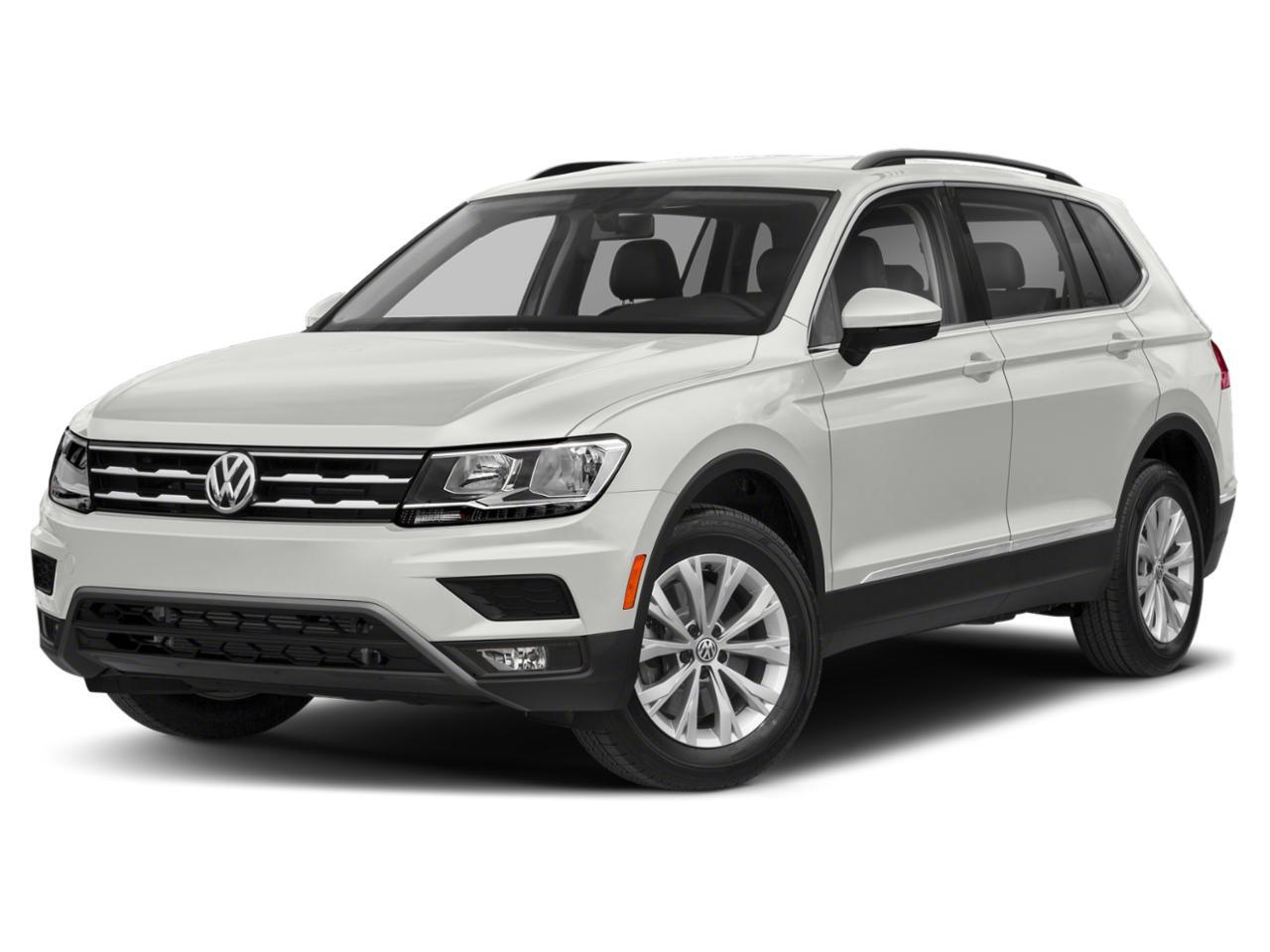 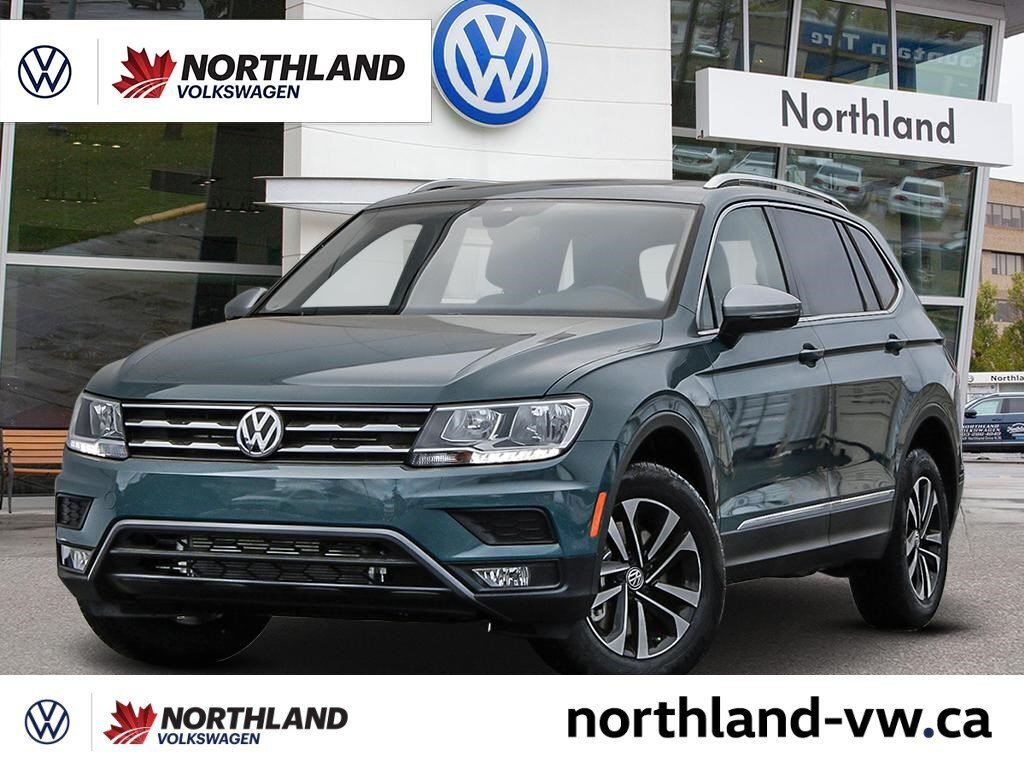