Rumours of a mid-engine Corvette have been circulating since Elvis started swinging his hips, but Chevrolet finally put an end to the rumours by launching a Corvette with a 6.2-litre push-rod V8 parked behind the seats for 2020. Chevy is wasting no time in offering a convertible version, too. The 2020 Corvette C8 Convertible just made its debut on a steamy evening at the Kennedy Space Center in Florida. It gets a two-piece folding hardtop that does its business in 16 seconds and operates at speeds up to 50 km/h.

Speaking of hips, the new Corvette’s got ’em. Massive air intakes behind the doors (to feed and cool that V8) necessitate a broad stance, and this two-seater droptop’s haunches fold over the 305/30ZR20 rear tires like hot lava. There’s no mistaking this Corvette Convertible for anything other than a mid-engine car, yet despite its all-new profile, there are some classic styling cues that carry over from the front-engine versions, like the spear-shaped hood and sharp fender creases.

The C8 was designed from the outset to be a convertible, so the aluminum structure does not suffer for losing its roof. Neither do aerodynamics. The buttresses behind the seats are not structural but do aid with airflow. And they look ultra cool. With the convertible lid in place, the convertible matches the coupe for downforce – it even uses the same rear spoiler.

Six electric motors operate the top, and the vertical rear window works independently of the roof, acting as a windblocker, or, when the roof is up, allowing for more aural enjoyment of the 495-horsepower LT2 V8. Louvres in the tonneau extract heat from the engine; and like the coupe, there is a deep luggage compartment behind the engine that will accommodate two golf bags.

Chevrolet is still testing the C8 convertible, so there are no official performance numbers, but with just a 35 kg weight penalty over the coupe, there shouldn’t be any appreciable difference. In other words, it will be blisteringly fast. You can bet on a zero to 96 km/h dash of around three seconds.

Chevy also rolled out the Corvette C8.R race car for our viewing and listening pleasure. It will make its racing debut at the Rolex 24 in Daytona on January 25 of next year.

So why are we seeing the 2020 Chevrolet Corvette C8 Convertible for the first time against the spectacular Rocket Garden backdrop at the Kennedy Space Center? Seems there is a strong tie between NASA astronauts and the Corvette that goes back to the 1960s.

Local Melbourne Chevrolet-Cadillac dealer Jim Rathmann hatched a brilliant marketing plan with then-GM president Ed Cole to offer astronauts a one-year lease of the Corvette for one dollar. Stealing some thunder from the C8 Convertible at this event was Neil Armstrong’s 1967 427 Corvette Coupe, one of several ’Vettes he got through this program. As cool as this ’67 Vette is, its 390 horsepower and 151 mph top speed pales somewhat in comparison to the 160,000,000 horsepower and 25,000 mph of the Saturn V rocket that sent Armstrong to the moon.

Production of the Corvette C8 Convertible will start sometime in the first quarter of 2020, with an on-sale date coming about two months behind the Coupe. It starts at $67,495 in the US, $7,495 more than the Coupe. Canadian pricing will be released closer to its on-sale date. 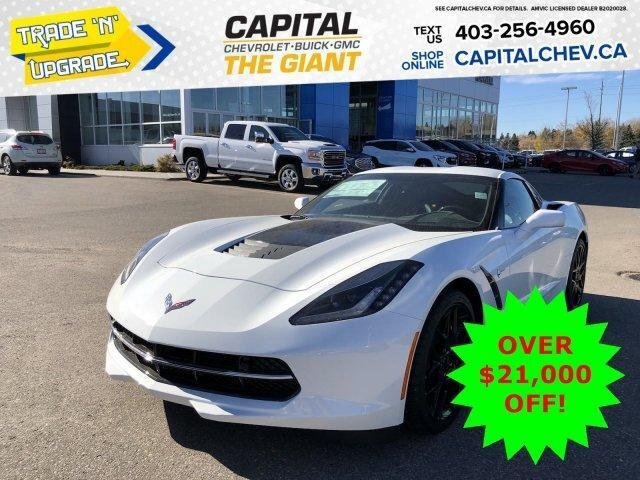