We live in a world where a Hyundai with three asymmetrical doors attracts more attention than a Jaguar F-Type. You scoff, perhaps, but I have never before been accosted by so many admiring strangers wanting to know more about this oddball pocket rocket.

Perhaps it was the periwinkle-hued Performance Blue paint. Maybe it was the carbon-fibre frosting on Hyundai’s little turbo’d cupcake. Whatever the case, people universally seemed to love the Veloster N.

Climb in, strap on your (blue!) seatbelt, and flick the car into N mode with its crackling exhaust. Truly, the 2019 Hyundai Veloster N is one lovable hooligan. The best news? It loves you back.

When first it debuted in 2011, the Veloster was a very odd-looking machine. It was a bit as though the designers had attempted to fit a Reebok Pump basketball shoe with wheels.

Lowered over 19-inch wheels, and fitted with fins and a rear wing, the new Veloster N still looks like a sneaker, but one meant to be used for hand-to-hand combat. Who throws their shoe? Hyundai, apparently.

I love it. The wonky asymmetrical doors are a daring gamble, the available colours are excellent, and the whole thing’s imbued with a sense of humour conspicuously absent elsewhere. The Veloster N looks like fun just sitting there.

People – particularly those inclined to view the nanny in “safety nannies” as a schoolmarm-ish bit of software designed to prevent you from having any fun – will enjoy the Veloster N’s relative lack of driving assists. Ooh, a proper manual handbrake! For, um, securing the car while parked. Ahem.

On the passive side, well-equipped standard Velosters earned a Top Pick rating in IIHS crash testing. The N has a slightly stiffer structure, and also gets the improved headlights required for a Top rating. It doesn’t get blind spot assist or automated cruise control.

Some safety points must be awarded for the N’s extremely easy-to-access limits. For those who intend to track their Veloster N occasionally, there’s no need to completely disable the stability control systems, as N mode doesn’t rein things in too much. The N allows you to have fun, but still operate with a safety net in place.

As a two-door hatchback, the Veloster would have slotted nicely in the market gap left by the disappearance of the two-door Volkswagen GTI. As a three-door vehicle, it’s perhaps even better.

The rear right door handle is a little high for kids to reach, but as a school shuttle, the N is surprisingly practical. Both my kids enjoyed getting their own little Hobbit door, and having their own single power window. It’d be a bit cramped for older kids, but would work in a pinch.

The trunk is also spacious, albeit a little deep for easy access. The previous Veloster had a flatter-folding seat, while this one has a not-inconsiderable lip.

As a jump-in-and-go proposition, the N makes a great getaway vehicle. There’s no onboard navigation, but Apple CarPlay and Android Auto make integrating your own smartphone very easy.

Further, I found the N’s drive modes to be more easily accessed than in some of the competition. For instance, in the Civic Type R, turning off automatic rev-matching requires going through several sub-menus – which must be done with the parking brake on.

In the N, all the go-fast good stuff is just under your right thumb. Don’t want rev-matching on? It’s one press of a button.

No sunroof, no leather seating, and no power seats. If it’s luxury you’re after, the N has cut most of the niceties out to keep the price tag within reason. However, it’s not completely barebones in here: there’s a heated steering wheel and heated front seats, and an eight speaker stereo.

The mass-production roots of the Veloster N’s 2.0L turbocharged four-cylinder show up a little on the spec chart. Peak power is excellent at 275 hp (there’s also a lower-power version in the US), and torque is broadly available down low.

However, redline arrives at 6,750 rpm, which is a far cry from the on-cam hot hatchback screamers of the past. Mind you, the Civic Type R can only manage an extra 250 rpm of enthusiasm.

What the 2.0L lacks in revs, it makes up for in audible personality. N might as well stand for Nigel Tufnel mode, the guitarist for Spin̈al Tap. The Veloster barks and crackles and generally sounds like it’s shooting out fireballs.

Unless, of course, you drive it smoothly in normal mode, where it’s comfortable and reserved. There’s more fizz than a VW GTI here, but the Veloster N does a similar job of toning it down when needed.

Perhaps as a result, the Veloster N rides more comfortably than its 19-inch wheels and lowered suspension might have you believe. The seats are well-bolstered, but overall there’s no reason you wouldn’t cheerily daily the Veloster over anything up to Montreal-level roads.

Maybe it’s the aforementioned accessibility of the limits of this car, or perhaps its the soundtrack of feeding a Jaguar into a woodchipper. Maybe it’s that the N doesn’t bother hiding its front-wheel-drive roots, and always feels a bit like a deranged dog pulling at its leash.

Whatever the case, the Veloster N isn’t just fast, it’s fun. Despite it’s N-for-Nürburgring name, this isn’t a car made for slicing lap times down by tenths of a second. Instead, it’s the kind of thing you’ll enjoy over the whole drive.

Whatever naughty hatchback behaviour you’d like to engage in, the N will oblige. It’s not as polished as Volkswagen’s products, nor as focussed as the Honda. In the school of hot hatchbackery, the Veloster N is unabashedly the class clown.

Which is not to undersell the performance of the Veloster. Grip is plentiful, and having a proper limited-slip differential allows for early throttle application at corner exit. That bit of body roll lets the driver judge inputs more easily. Smooth is fast. Unsmooth is hilarious.

Official ratings? Good luck with that. If you want a car you can really beat on and still obtain closer to the posted figures, maybe try a Mazda3. The Veloster N won’t bankrupt you, but will urge you to keep your foot in the boost.

Just slightly undercutting a Subaru WRX Sport-Tech, the Veloster N is well-priced, but not exactly cheap. Still, this is a great deal of performance for the money, and it’s considerably cheaper than the Civic Type R.

The term “driver’s car” gets thrown around far too much these days, but the Veloster N is exactly that. It’s full of the type of joy that made, for instance, the Fiesta ST such a delight.

It also functions as a kid or cargo hauler, a conversation starter, and a comfortable commuter. The only thing that’s (perhaps) missing is a dual-clutch gearbox to broaden the appeal. I’m completely smitten. This is a wonderful car, and I’d have one over anything up to and including an F-Type. That might sound crazy, but that’s love for you. 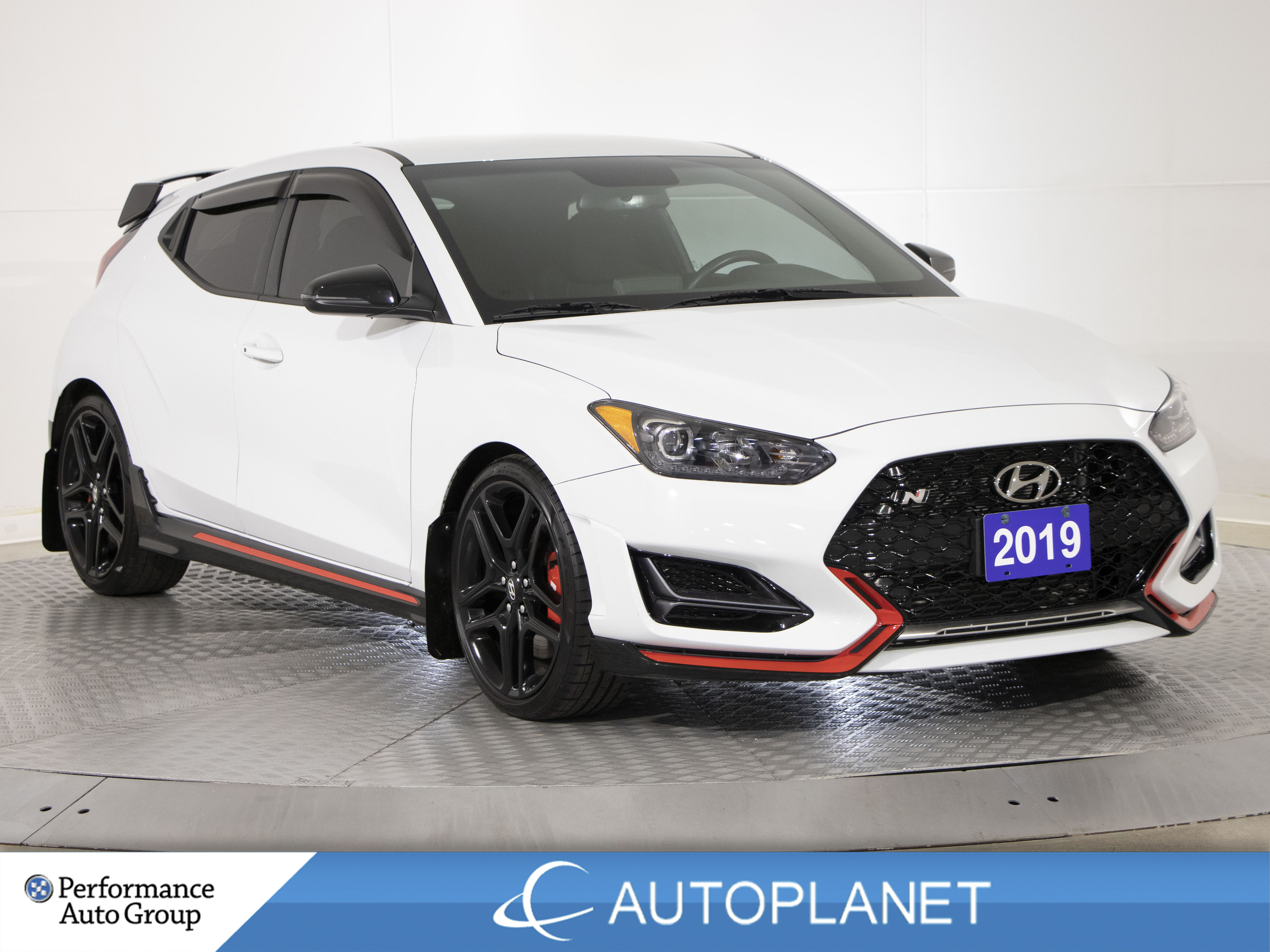 About Brendan McAleer
Brendan McAleer is a Vancouver-based automotive writer, a member of AJAC and a ginger.
Follow me
You may also like
7.8