BEND, Oregon – It’s been over a year since the all-new 2019 Chevrolet Silverado 1500 made its first surprise appearance – lowered by Sikorsky helicopter into the middle of the Texas motor speedway as if delivered by a giant, rotary-powered stork. There were five powertrains promised at the truck’s official debut, with the promise of a new diesel to arrive shortly. But more emissions tweaking was required before the engine was ready for a market under intense scrutiny since the Volkswagen diesel scandal, and its release was delayed until the 2020 model year.

Unlike the V6s offered by competitors Ford and Ram, the Chevy 3.0L is an inline-six, a configuration that’s inherently better balanced and therefore smoother and quieter.

Since Ram introduced the 3.0L V6 EcoDiesel in 2014, with Ford following suit shortly after, diesel-powered light-duty trucks are experiencing a red-hot revival. Once the ubiquitous power source of every clattering, soot-belching work truck, diesels fell out of favour in smaller trucks three decades ago thanks to higher operating costs and the rise of emissions standards.

Modern diesels are not only cleaner, quieter, and more refined; they produce the kind of torque it’s just not possible to get with a gasoline engine. And pickup truck owners feel about torque numbers the way sports car guys do about horsepower. Chev’s new 3.0L Duramax puts out a respectable 277 hp, but more importantly, 460 lb-ft of torque from 1,500 rpm. Ford’s 3.0L turbo-diesel produces 250 hp and 440 lb-ft at 1,750, while the new Ram EcoDiesel belts out 260 hp and 480 lb-ft at 1,600.

Unlike the V6s offered by competitors Ford and Ram, the Chevy 3.0L is an inline-six, a configuration that’s inherently better balanced and therefore smoother and quieter. Aluminum block and heads contribute to lightweighting, and the engine boasts a number of high-tech measures, such as a variable-flow intake manifold and variable-geometry turbo, to increase power and efficiency. It also has reduced complexity and friction compared to the V6, and Canadian drivers will appreciate its active thermal management, and faster-warming ceramic glow plugs.

We spent a couple of hours in a Duramax diesel-equipped LT crew cab, in the high desert near Powell Butte, Oregon. The 3.0L engine is so quiet, you’d be hard-pressed to know it’s a diesel, thanks to its low friction and balance and copious sound-deadening material under the hood. Instead of a timing chain, the engine uses a belt – which may be quieter but not likely to please hardcore diesel fans.

Hooked up to a 10-speed Allison transmission, the engine’s response is immediate, with no lag anywhere through the power band.

Chevrolet claims one of the main reasons they produced this engine is for its fuel economy – and while there were no official consumption ratings yet we were encouraged to take the truck on a 20-minute test loop to try our hand at out-hypermiling our colleagues – some of whom achieved as high as 49 mpg (4.8 L/100 km). Folding the mirrors back, turning off the air conditioning and travelling well below posted speed limits may have won the coveted spot on the leader board, but really have no place in real-world performance. Driving conservatively, we managed 42.9 mpg (5.5 L/100 km), but 35 mpg (6.7 L/100 km) is probably a reasonable overall estimate.

We’d driven the new Silverado at its launch last summer. and appreciated its lighter, better handling, 12 fixed and 9 moveable tie-downs, and available power tailgate. For 2020 it gains the Advanced Trailering System that debuted on the GMC Sierra, an impressive piece of technology that uses eight available cameras to provide 15 different camera views. Trailer hookup is a breeze when you’ve got guidelines to help you line up truck and trailer, and eyes right on the hitch and ball. Most impressive however, is the Transparent Trailer – which uses several of the cameras combined to create the illusion of a glass trailer with an unobstructed view of what’s around and behind it.

We were impressed by the truck’s quiet composure and effortless drivetrain, but the interior still falls far short of competitors. Cloth seats in our LT trim were hard and flat, and the dash is made from hard plastic which flexed and creaked while pushing controls. Although there’s a larger 8-inch touchscreen on upper trim levels, it pales in comparison to the enormous tablet-style interface of the Ram. The addition of new adaptive cruise control and the excellent camera system help offset the interior’s shortcomings.

The 3.0L Duramax is not available on base Work Truck or Trail Boss models, but can be had from LT up to High Country trim. Pricing will start at $47,730 for a 2WD LT, up to $69,000 for High Country Crew Cab 4x4. Adding the 3.0L Duramax will cost about the same as the 6.2L gasoline engine – which can out-tow it to the tune of 13,400 lbs. But for diesel fans who want good fuel economy, the new 3.0L Duramax might tick all the right boxes. 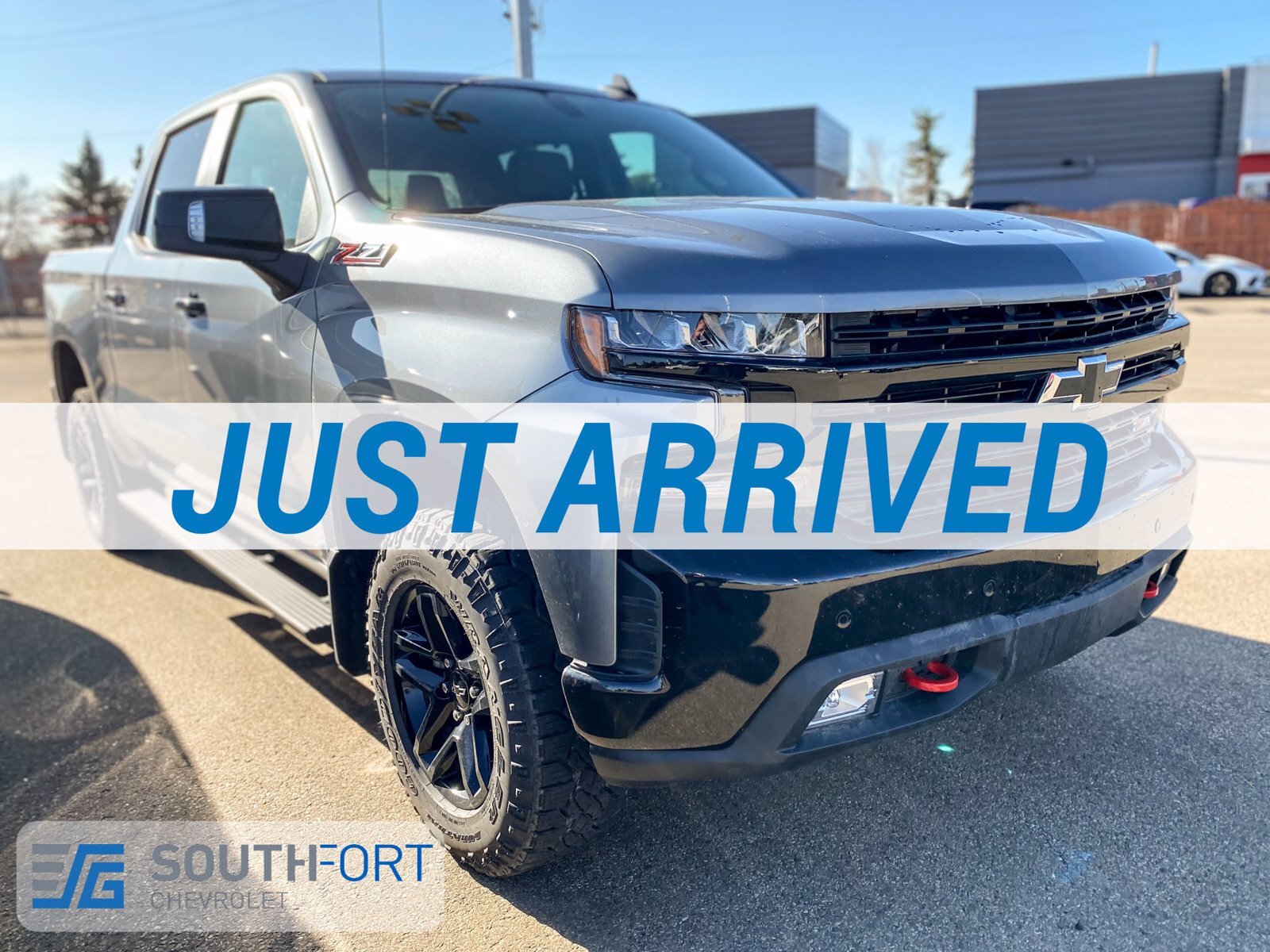 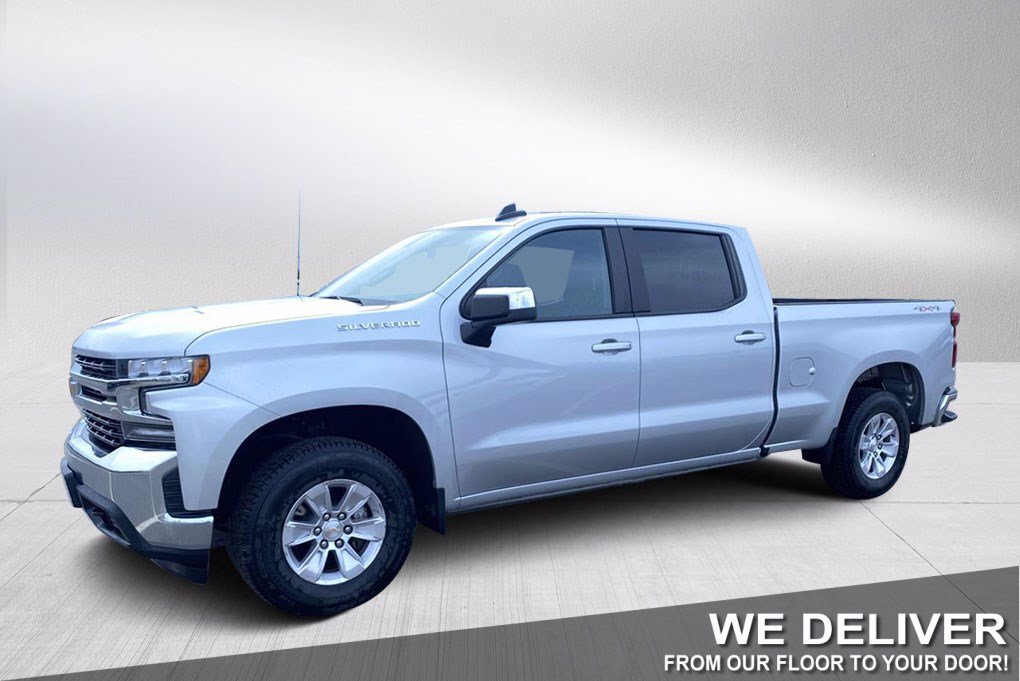 About Lesley Wimbush
In 5th grade, Lesley traded drawings of muscles cars for chocolate bars and things really haven't changed much since then.
Follow me
;
You may also like
AdChoices
Latest Articles