German car fans aren’t pedantic, they’re precise. Or so they insist. Either way, should you accidentally refer to this car as being equipped with a “V6” engine within earshot of somebody wearing a T-shirt with a neon picture of a slammed Corrado on it, expect to get an earful about what a VR6 is.

Built from a Passat that was intended to take on the long interstates of North America.

The VR6 is a six-cylinder engine released by Volkswagen in the early 1990s, in both the Passat and Corrado. Its name is a combination of V, as the cylinders are arranged in narrow-angle V-configuration, and Reihenmotor, which is German for “inline engine.” Essentially, the VR6 is a blend of inline and traditional V6, with two banks of three cylinders each, covered over by a single cylinder head. I’m sorry if this all sounds a little boring and engineer-y, but again, we’re talking German cars.

Anyway, a Corrado VR6 is an effortlessly cool car that should be immediately added to your car collection if you also have a passing interest in tracking down electrical faults. The Passat, on the other hand, is a slightly dull family sedan with all the personality of a medium-sized bratwurst. Adding a six-cylinder engine to the mix, whatever you decide to call it, takes things up to currywurst levels, but not one whit spicier than that. (Also, VW’s put a V6 badge on the actual engine cover, so we’re calling a V6 from here on out. Sorry, Corrado guy.)

My neighbour didn’t notice it. A friend thought it was a Honda Accord. And as for any thought that the 2018 Volkswagen Passat GT might be some kind of GTI for grownups, that too was quashed when I eventually fed the car a serving of backroad as curvy as a plate of spaetzle.

But let’s not dismiss the V6-equipped Passat GT just yet, at least not without a little closer look at its merits. To mention it a third time, this is a German car. Let’s get precise.

To be precise, this is the North American Passat, not the European version. The latter is sexy, modern, and sleek, which is what urban Germany is actually like. The former is a sort of Walmart-grade lederhosen, which is possibly what North Americans think Germany is like. This design was overly conservative when it came out in 2011, and nearly eight years later looks somewhat tired.

The GT attempts to apply Lippenstift to ein Schwein with some reddish trim around the grille, red-painted brake calipers, a lower suspension, a blacked-painted roof, and standard 19-inch wheels. The available “colours” are black, white, grey, and silver, because “laughing time is over, funny boy”.

On the inside, the Passat GT is similarly humourless, with a smattering of carbon-fibre-look trim that looks like it was stolen off a mid-2000s Audi, two-tone seats, plenty of hard plastic everywhere, and a Passat badge mounted high up on the dashboard, in case you forget what you’re driving. Which is a very real possibility.

On the plus side, the GT exhibits the kind of no-nonsense, spartan look that a lot of VW fans used to like. It is not overwrought, and if the materials used don’t set your heart aflutter, it does appear to be well-assembled. There’s also plenty of space, especially in the rear seats, albeit with a weirdly large central tunnel that’ll annoy middle-seat passengers. I’d like to see a little more storage space up front, but the standard Passat upon which the GT is based is a livable proposition for a family that’s outgrown a beloved old GTI. 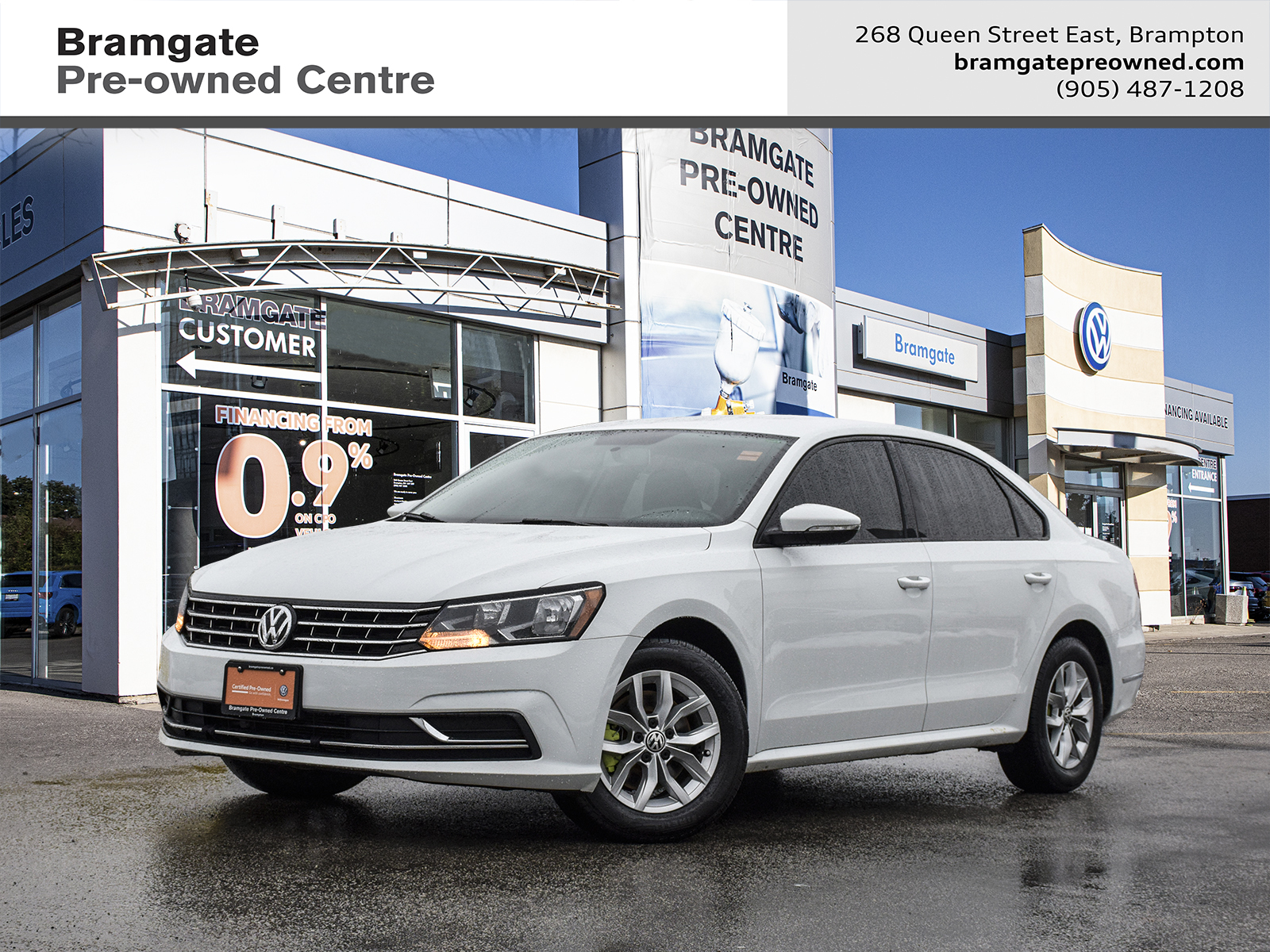 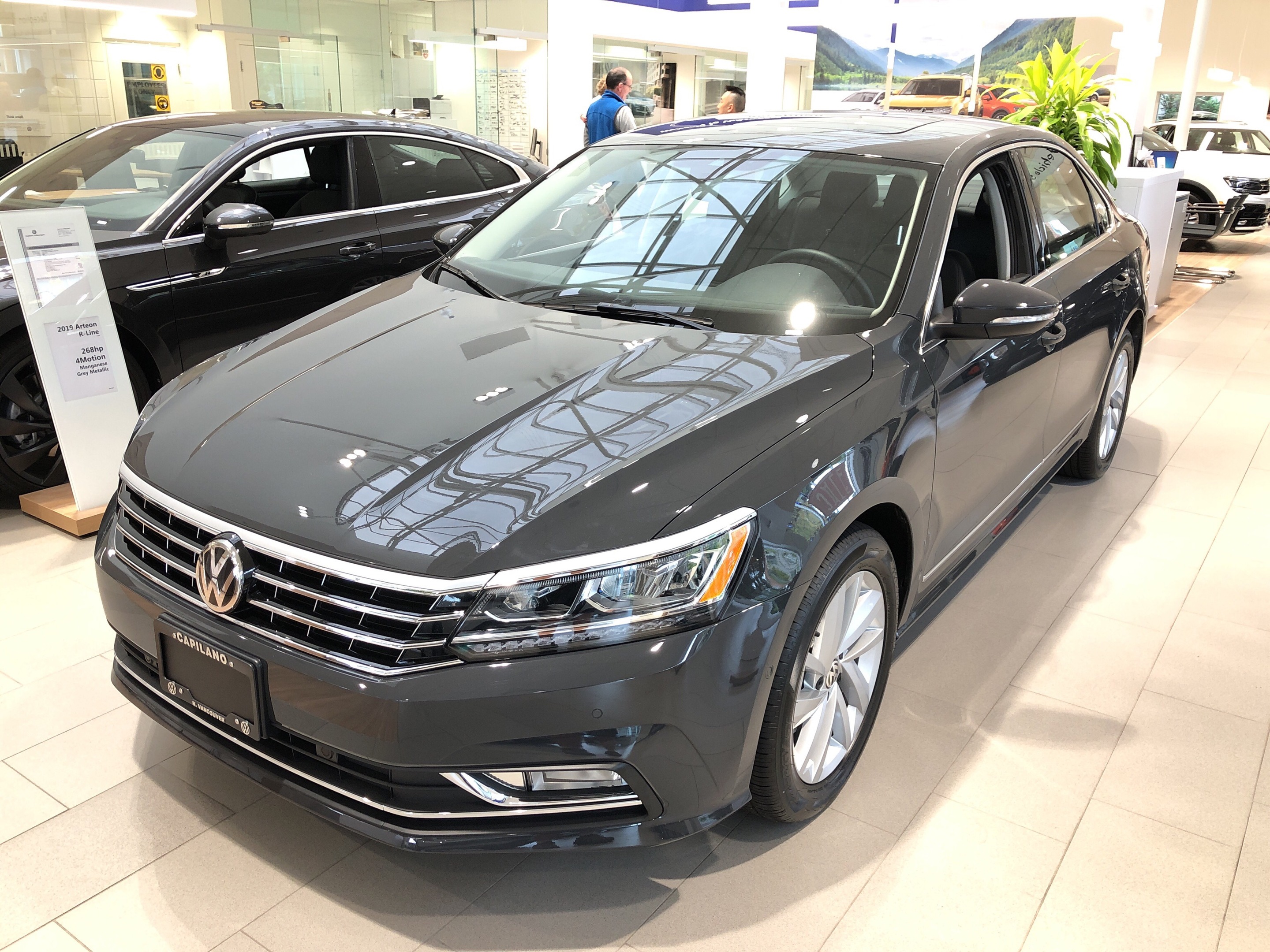 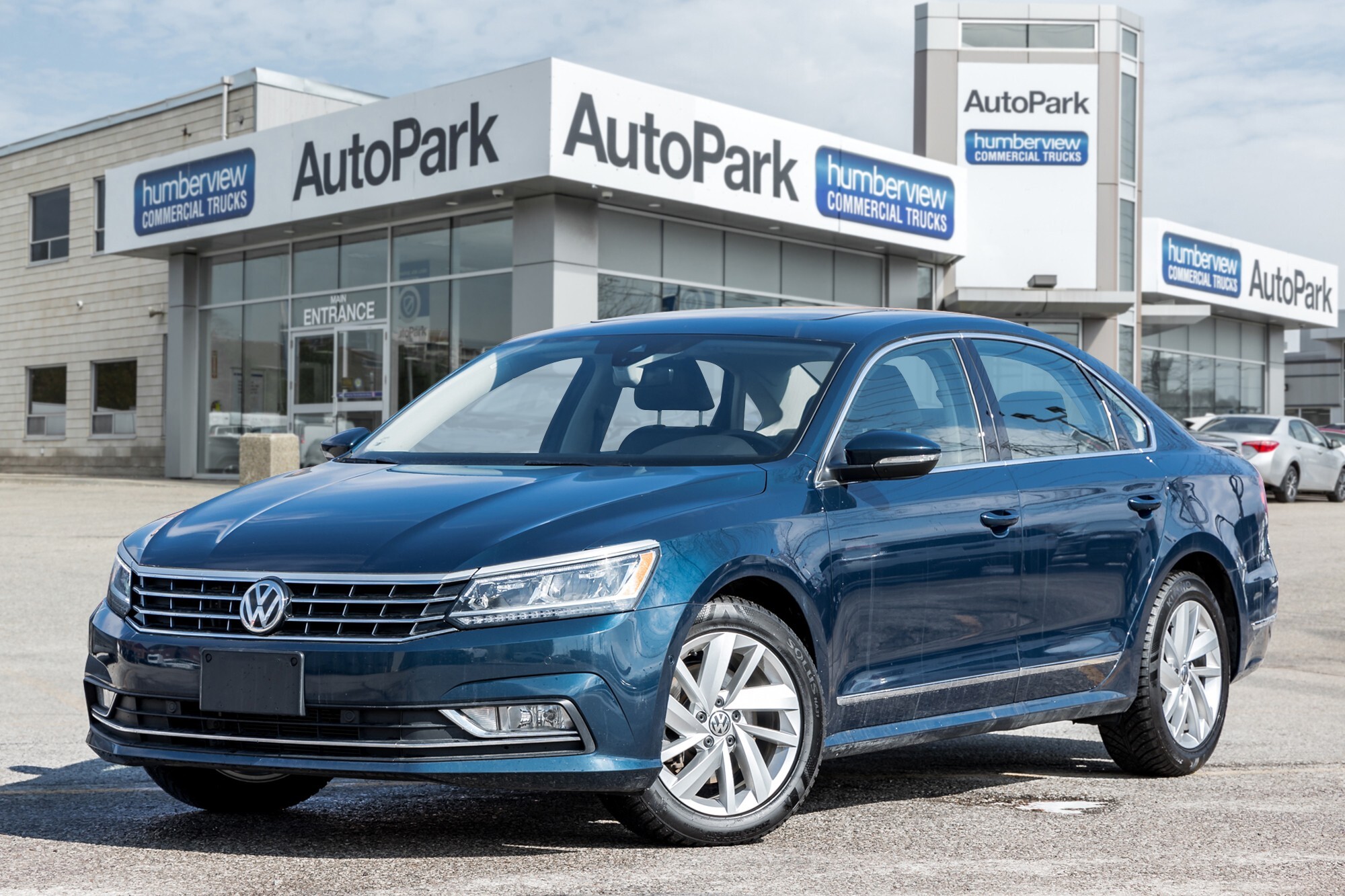 Being an older design with some updated features, the GT’s infotainment isn’t quite a match for the slick systems you get in more modern VW products. However, the smallish 6.33-inch touchscreen is helped out by VW’s proximity sensors that zoom in when you move your hand over to adjust something, and there’s quite a lot of standard content here. Apple CarPlay and Android Auto can pass off navigation duties to your smartphone, and the Fender-branded audio upgrade brings the volume.

As a nicer-looking upgrade to an older design that’s been packed with features, the GT looks like a decent value. Press the starter button and that V6 growls to life with a surprisingly authoritative burble. The GT has a twin-tip sports exhaust tuned to be a little louder, and sits 1.5 cm lower than the standard car thanks to a set of stiffer springs.

I’ve already given the game away by noting the Passat GT’s only modest enthusiast appeal. 19-inch wheels or not, the car gets the same all-season tires as other Passat models and doesn’t offer up greater grip. It doesn’t roll much in the corners, but the steering doesn’t provide much feedback. The issue is that the GT is built from a Passat that was intended to take on the long interstates of North America, rather than imbued with the sort of bargain European sport sedan flavour that turned people on to VWs in the first place.

However, what the GT does have is a fairly robust heart. V6, VR6, V-Reihenmotorwhatever: when VW turns its range entirely over to the now-ubiquitous 2.0L turbocharged engine, we’ll miss a bit of this six’s lovely character.

Further, 280 hp on tap and a proper six-speed dual-clutch automatic is not to be yawned at. It’s certainly enough to periodically overwhelm the GT’s hockey-puck tires from a stop, and if this car doesn’t like to dance though the corners, it will happily execute a passing manoeuvre with plenty of potency underfoot.

Add in some proper paddle shifters, and the GT might even be considered fun. However, it’s not much of a match for sedans like the Mazda6 or Honda Accord, both of which managed to punch equally hard in a straight line, deliver equally comfortable rides, and yet also feel fresher and lighter on their feet. The Accord’s also a safer choice down the road for resale, while the Mazda is downright pretty, and drives beautifully. Oh, and both deliver markedly better fuel economy than the VW option.

The Passat GT is a well-engineered upgrade to an aging platform, and a relatively good value if you’re already a fan of the Volkswagen brand. If you’re the sort of person who would go out of your way to explain to your neighbours that your new car came with a VR6 rather than a V6, then perhaps it’s the right choice for your driveway.

However, this is a car for Volkswagen fans, rather than a car to turn people into Volkswagen fans. If you want a V6, there’s the Camry. If you just want decent passing power in a family sedan, there are multiple turbocharged four-cylinder choices. And, if you want a German-engineered sport sedan without paying Mercedes or BMW model, maybe wait for the new Arteon to come out. Or check the current leasing deals.

The Passat GT is a good choice if you have to have a VR6 in your life. But you might be better off with a Corrado project car. Or maybe just a Corrado T-shirt.