It’s always nice to have choices, and if you happen to be shopping in the explosively popular Canadian crossover scene, there’s no shortage of selection.

The engine performs better than the numbers suggest, and rarely breaks its composure, even when pushed.

Mitsubishi has just tossed a new model into the mix, at a time when Canadians are rapidly moving from small cars to small crossovers. Said new model is the 2018 Mitsubishi Eclipse Cross, and it’s the brand’s first new offering to Canadian shoppers in a good long while. As a business decision, if you’re to launch just one vehicle in Canada this year, making it a crossover is, after all, the way to go.

Like all models with which it competes now and in the future, Eclipse Cross is a machine with an array of strengths and weaknesses for shoppers to consider as they investigate the latest crossovers on offer. Note that Eclipse Cross (likely intentionally) sits within a bit of a grey zone between smaller and larger machines: direct competitors are therefore complicated to define, and shoppers should cross shop against the models listed later in this article, as well as any others that interest them. Drive models that you short-list more than once, too.

Eclipse Cross is named, in part, after the Mitsubishi Eclipse sports car, like the one Paul Walker drove in Fast and Furious. Instantly recognizable, it famously helped fuel a thriving enthusiast tuner scene. Today, the Eclipse is long retired, but the marketing folks figured on leveraging its name, using a bit of Mitsubishi’s past to help secure a place in the future.

With feature content, sizing, pricing, and available technologies in close proximity to its competitors, we’ll focus on what makes the Eclipse Cross stand out, makes it unique, and why you should (and shouldn’t) consider one.

First up? The styling. It’s different. It’s stands out. It’s not for everyone. But it is distinctive, easily conveys the Mitsubishi resemblance from a peek, and won’t be easily mistaken for anything else on the road. As it is with a Lexus or Cadillac, Eclipse Cross tells you what brand is behind this machine, from a mere gander. Having won the war against conventional looks, designers specified, among other things, a tall hatch slope and split rear window that call the Pontiac Aztek to mind, though Eclipse Cross pulls the look off without the hideousness. A split rear window is nobody’s favourite styling element, but it does enhance situational awareness, allow more light into the cabin, and provide a better outward view of what’s immediately behind.

Second? The interior. There’s plenty of familiarity for those coming aboard from other recent Mitsu models, with interfaces, controls, readouts, stalks, and the like all bound to make former owners feel right at home. Right down to the black and aluminum colour scheme, it feels and looks like a Mitsubishi cabin in no uncertain terms. Things are gussied up a measure, with most of the right materials in most of the right places, many trim angles and edges exaggerated for a feeling of additional depth, and various textures, materials, and accent colours playing off one another for a richer and more sophisticated feel. If you’re after something that looks and mostly feels satisfyingly upscale for the dollar, this’ll do ya.

Third, and perhaps most importantly, is the powertrain. This is arguably Eclipse Cross’s most valuable asset: you get a 1.5L turbo four, good for 152 horsepower. That’s so-so-ish, about par for the course in this segment, but using a turbocharged engine allowed engineers to deliver a solid 184 pounds of torque, which blows most competitors out of the water.

That much torque, available from 1,800 rpm, sees numerous benefits – including the Eclipse Cross’s ability to hustle along adequately from low revs where the engine hardly makes a peep. The engine performs better than the numbers suggest, and rarely breaks its composure, even when pushed.

However you drive this thing, the powertrain is smooth and refined and easygoing on a world-class level. In addition to the engine, the included CVT transmission has no gears to shift, so power is delivered on a smooth and seamless wave. Further, as Mitsubishi previously demonstrated with the larger Outlander, expert fine-tuning of the relationship between the engine and CVT transmission makes a big difference – and that’s alive and well here. Both components work beautifully together in most situations, enhancing responsiveness, smoothness, and refinement without compromise. Here’s a powertrain that’s smoother, more refined, and more eager than the norm.

You’ll need to use the cruise control religiously: Eclipse Cross has a way of sneaking well past the speed limit on the sly.

Further, the AWD system is seamless and invisible, though drivers can select various modes (Auto, Snow, Gravel) for fine-tuning as needed.

Also notable? At its starting price of about $28,000, Eclipse Cross includes the brand’s Super All-Wheel Control (S-AWC) AWD system as standard kit. Not accidentally, that gives shoppers an AWD crossover at the starting price of a front-drive Toyota RAV4 or Honda CR-V, making it a viable option if you’re willing to give up a bit of size in exchange for twice the driven wheels at the same price.

Elsewhere, Eclipse Cross mostly cuts a line down the centre of the pack in terms of functionality and its on-road personality.

At roughly average size, I noted no issues with entry or exit. All seats are boarded with a simple lateral butt-shift and slight downwards plop. As most crossovers are, Eclipse Cross should prove easy to enter and exit, even by larger occupants or those with reduced mobility. Rear seats fold down for added storage when not in use, and they can recline a few inches should rear-seat passengers wish for a relaxed ride.

With no sunroof, my tester provided decent to generous headroom for those of average height, and rear-seat legroom is more than adequate for average-sized folks, or slightly leggier. Easy access to numerous storage cubbies and charge points will be appreciated by those looking to keep organized and juiced up on the go. There’s a place for all of your things nearby, and no fewer than three charging ports within immediate reach of the driver.

Forward visibility is good, thanks to a commanding driving position and tall windshield, though rear blind spots are fairly massive. The blind-spot monitoring system and large mirrors help compensate.

The cargo hold is as expected: flexible, relatively generous, wide, easy to load, and fitted with handy bins built into the rear outer corners to help keep smaller items secure.

Ride and handling are a mixed bag. The suspension is comfort first: soft, forgiving, and durable, provided you’re driving on a fairly smooth road. Unlike some of the best-riding crossovers in this segment (Toyota C-HR, followed closely by Subaru Crosstrek), rougher roads can knock ride quality back a few more notches than I like. Put simply, at times, ride comfort seems too easily degraded by rougher surfaces. Eclipse Cross is a relaxing highway cruiser, though I’d advise shoppers to focus some test drive time on the roughest roads available, to confirm comfort levels against preferences.

Further, at times, note that the steering feels a little too quick for the softness of the suspension, meaning steering inputs at higher speeds might feel like they’ve startled the machine, a little.

Headlight and braking performance is about average for the segment, and the advanced safety features, including lane-departure warning and adaptive cruise control, work about as well as any I’ve ever used.

Gripes include slightly awkward tailgate hinging, which requires a good tug to close with authority, and a central touchscreen display that’s straightforward, but offers no volume knob (only buttons!) and uses fairly dated-looking graphics. The tactile trackpad controller, directly copied from Lexus, is a neat-o-looking and functional touch – but you’ll need to put in a little time to nail down using it with ease.

Cross-shopping? Note that the fantastic-looking Toyota C-HR has the best ride and handling balance going, even on rough roads – but it’s small, hard to see out of, and isn’t available with AWD. The Subaru Crosstrek rides nicely and has a highly respected AWD system, but some will find it a little short on power. The Nissan Qashqai is a fantastic all-around package, though like its cohorts, it doesn’t match the Mitsubishi’s output, or warranty coverage. 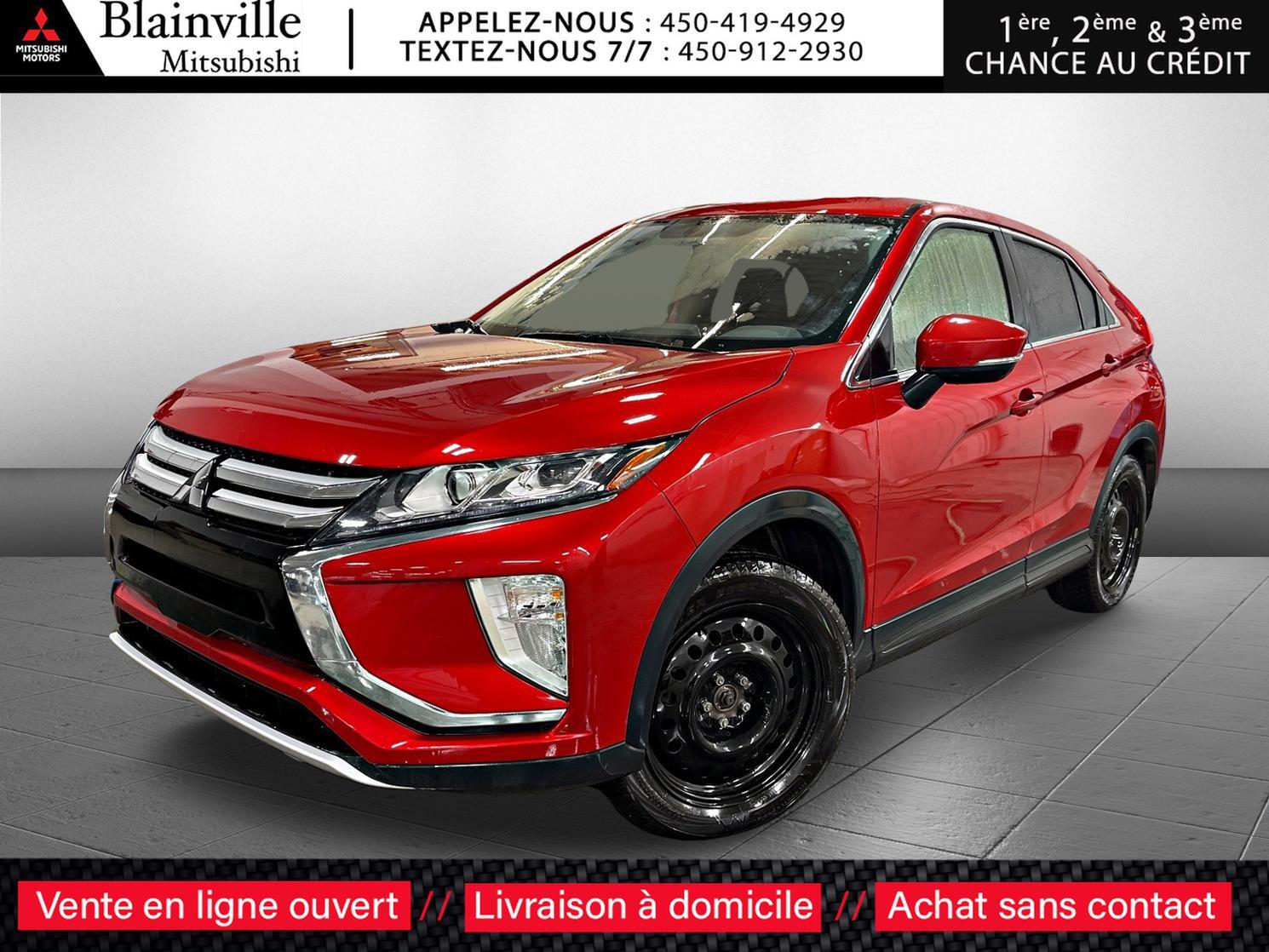 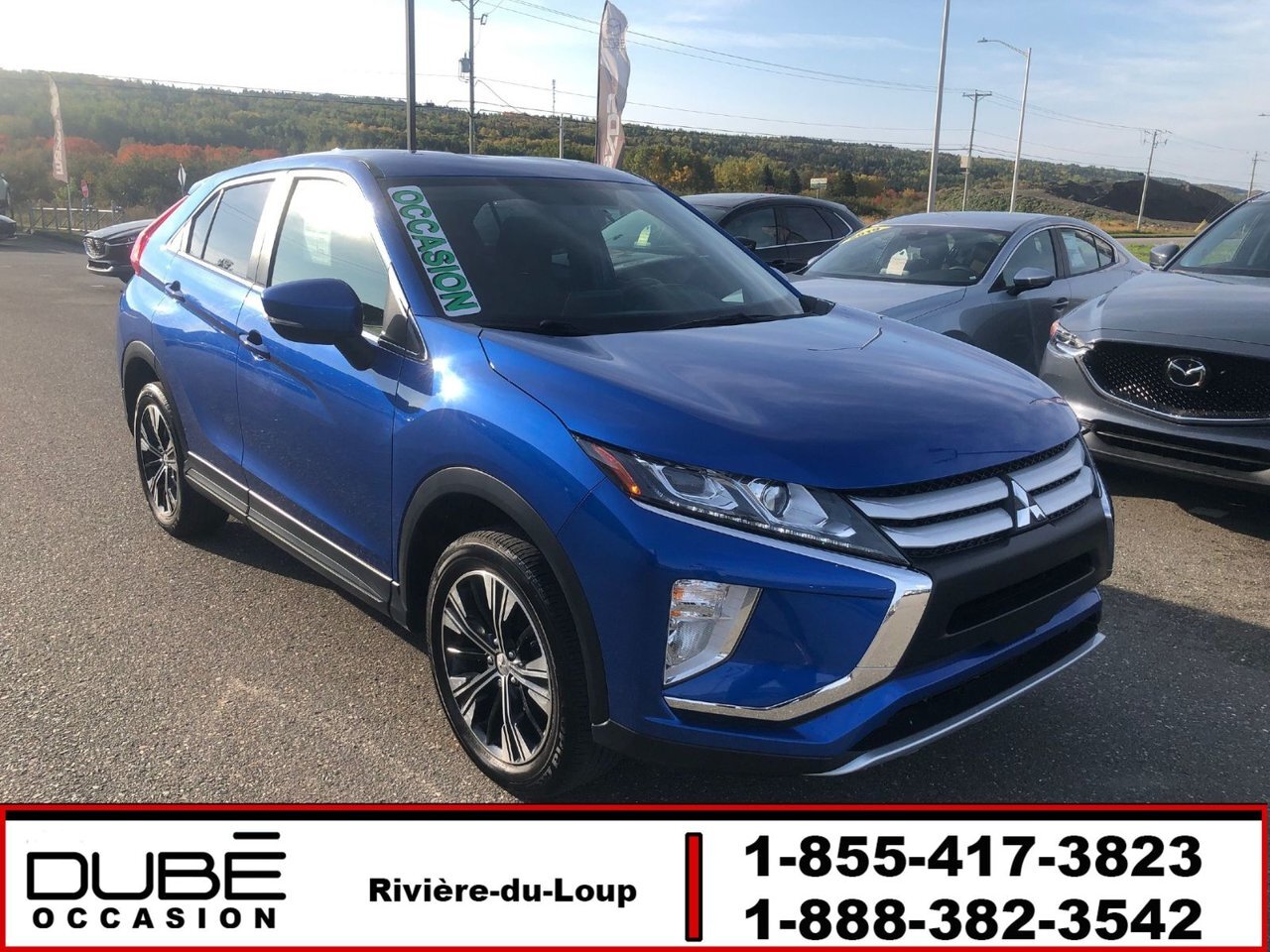 Ultimately, Eclipse Cross falls a touch short on the ride and steering side of the equation, but compensates with the segment’s punchiest and most refined powertrain, a solid interior offering, all of the must-have features, and Mitsubishi’s go-to 10-year warranty.

It’s always nice to have choices.