Electric vehicles used to be very budget-minded affairs with the priority given to efficiency and cost savings, but the newest crop of premium EVs leave nothing behind in terms of features, performance, and range.

Due to the versatile nature of EV platforms, many of these electric cars are spacious and practical, but also offer serious performance, insane acceleration, and plenty of driving range. Our jury of more than 20 automotive experts from all over the country considered every single electric vehicle, plug-in hybrid, and conventional hybrid over $50,000 and voted to advance five of the best ones to move onto the final round of voting.

These experts considered 12 important factors when voting on these finalists including innovation, technology, performance, range, and design. For the Best Green Vehicle Over $50,000 segment, the jurors focused on three key items: Performance, battery efficiency, and comfort. The winners will be announced in February 2021. One of the most highly anticipated vehicles of this year is the Porsche Taycan, an all-electric four-door from the performance-oriented German automaker. Porsche offers three versions of the Taycan: the 4S, the Turbo, and the Turbo S, each with dramatically different performance and price tags. Starting at $119,400, the Taycan 4S features at least 429 hp and a 79.2-kWh battery pack. It can also blast off to highway speeds in just four seconds. The Turbo models feature 616 hp and a 93.4-kWh battery pack that enables a 3.2-second sprint from zero to 100 km/h. Finally, the range-topping Turbo S features up to 750 hp in the same 93.4-kWh battery that allows for a 0–100 km/h sprint of 2.8 seconds.

Those stats are seriously impressive, but the Taycan is also pretty reasonable when it comes to its electric range. The Taycan Turbo was rated for 323 km of electric range, and when the conditions are right, and you find the right fast charger, you can recharge the battery in just 23 minutes. While the technical aspects of the Taycan are hard to beat, the sedan also boasts top-notch fit and finish, and a high-tech interior that’s full of screens. It’ll be hard to top this one, as it won this category in last year’s awards, but the field has become a lot more competitive since then. The Audi e-tron is offered in two body styles: the stylish Sportback and the more conservative SUV. Both have the same basic specifications: a 95-kWh battery powers a pair of electric motors with an output of 402 hp and 490 lb-ft of torque, which allow for a 0–100 km/h sprint of about 5.7 seconds. The e-tron is capable of 30-minute charge times with the right conditions and charger.

The e-tron SUV offers a total electric driving range of 357 km, while the Sportback offers 351 km. But what makes the e-tron stand out is the clean styling, both inside and out. There are plenty of high-tech flourishes around the cabin makes the vehicle feel sophisticated and sleek. The e-tron starts at $85,600 while the Sportback starts at $88,850, leading the it to be a pretty solid value in this class.

Polestar is a new brand from Volvo owners Geely that focuses solely on electric vehicles. While the brand’s first vehicle was a flagship showpiece made with an extensive amount of carbon fibre, the Polestar 2 is a bit more toned-down and mainstream. The rugged notchback styling is certainly unique, and the minimalistic, chic cabin is highlighted by a Google Automotive operating system that eliminates the need for using Android Auto or Apple CarPlay. With a starting price of $69,000 for Launch Edition models, the Polestar 2 seems like a good bargain.

And that’s before we even get into the performance and specifications of the four-door. With two electric motors (one for each axle) the EV features 408 hp and 487 lb-ft of torque, which helps the car hit 100 km/h in just 4.5 seconds. It’s good for 375 km of range, a respectable rating. It’s noteworthy that this new vehicle has already impressed our experts while the brand is still in its infancy. When Ford announced that its new four-door electric SUV would be dubbed a Mustang, enthusiasts around the world groaned. As Shakespeare once wrote: “What’s in a name?” Look beyond the name and you’ll be met with performance that would make some sports car owners nervous. Base models feature 332 hp and 417 lb-ft of torque, while the GT Performance Edition is rated at 459 hp and 612 lb-ft of torque, the latter of which is good for a 0–100 km/h sprint in about 3 seconds. There are five different trims for the Mustang Mach-E, ranging from $50,495 for Select models to the top-trim GT Performance Edition version, which carries a price of $82,995.

There are many different range ratings to expect, with standard and extended range models offered in rear-wheel- and all-wheel-drive configurations. Expect the all-electric capability of the rear-wheel-drive extended-range model to be around 475 km. The Jaguar I-Pace is the oldest vehicle among these finalists, but it’s still a coveted electric crossover that’s sleek and stylish, featuring the design language that never fails to make Jaguars stand out. Some may find that the cabin is looking a bit dated compared to the new vehicles that arrived this year, but the Jaguar I-Pace is still one of the stronger vehicles in this segment. It features 377 km of range according to Natural Resources Canada, which is plenty for such a large and spacious vehicle.

Using a 90-kWh battery, the Jaguar features nearly 400 hp, letting it hit highway speeds in 4.7 seconds, no matter the trim level you pick. That’s one important thing to consider, as standard I-Pace models start at $89,800, while fully loaded models can top $100,000 with a few options. Vehicles with that lofty of a price tag have to command attention, and our experts certainly feel like the I-Pace can turn the heads of bystanders on the street. But is it enough to take the win in this segment? 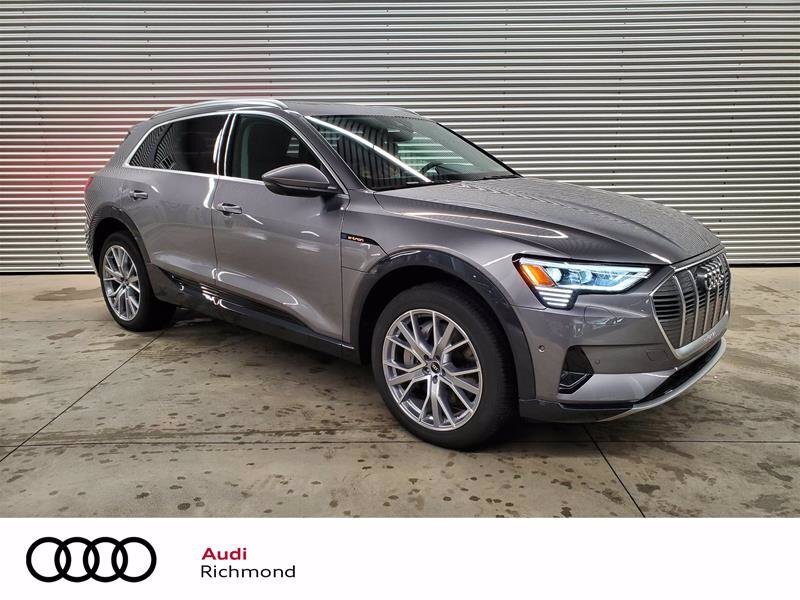